Posted on February 14, 2019 by The Splintering Staff One comment

The gluteus maximus is the largest muscle in the body, and it’s high time that this sinewy mass gets the respect it deserves. While many are worth celebrating, here are eleven of our picks for the most remarkable posteriors in the world of gaming.

Street Fighter‘s Cammy was one of the first video game hotties to flaunt her fanny (American usage, not British usage), and her athletic glutes have been captured by countless pause screens ever since.

The first of two fully nude examples from our list, Metal Gear’s Raiden seems far more bashful than Cammy about showing off his physique. C’mon, Ray… Just embrace it… (Does that sound “rape-y?”)

Catwoman has always been a sultry little minx, but her pre-order DLC for Batman: Arkham City was well-worth the early adoption for those who needed a perfectly-sculpted rear to set their watches to.

“Holy rump roast, Batman!” Sticking with the Arkham series, Nightwing has always been a favorite among those who prefer sausage to tacos. Who wants to take a bite?

While I personally prefer the idea of Samus Aran looking more like an MMA fighter, you can’t argue with canon. I suppose she would need some remarkably-rounded buttocks if she rolls around like a marble all the time.

Back-blast area clear! There’s plenty of examples of fart jokes in gaming, but Chaos is the only one that can take down a full-sized Tyrannosaurus with his wind-breaking skills. Remarkable.

Our favorite Umbran witch Bayonetta oozes sexuality from every raven-haired follicle, so much so that even her diamond-shaped, “under-butt”-revealing window sent the pearl-clutchers at Polygon into a full-fledged fanny fit… quite bewitching, indeed.

Colossus – X-Men: Children of the Atom 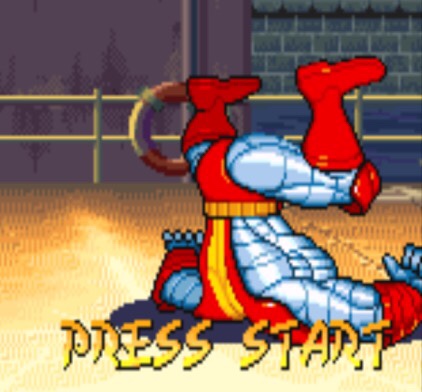 Buns of steel! You know, there’s all kinds of advantages to a man who can render his entire body metal-rigid at will, not to mention “ribbed for her pleasure”, am I right ladies?

A few of the deer in Castle Crashers have a truly remarkable reserve of diarrhea packed in their system, fully prepared for a poop-propelled escape from danger. Time to cull that herd before they breed. Ick.

Wondering how Mileena made the cut when she’s essentially a clone of her sister, Kitana? Ever see her face? When you have a mug like that, the value of all your other assets increases tenfold. #Butterface, am I right, guys?

Ever see a chubby cyber-punk kid wearing nothing but sunglasses who poops out skulls? He literally craps death. Nothing short of remarkable.

Did we miss any? Speak freely in the comments and let us know!