Originally released for PS4, Xbox One and Steam PC in 2017, Ruiner is an overhead action/shooter designed expressly for a mature audiences (that’s 17+ years old, kids).

Here is the breakdown of Ruiner taken from the game’s Steam page: 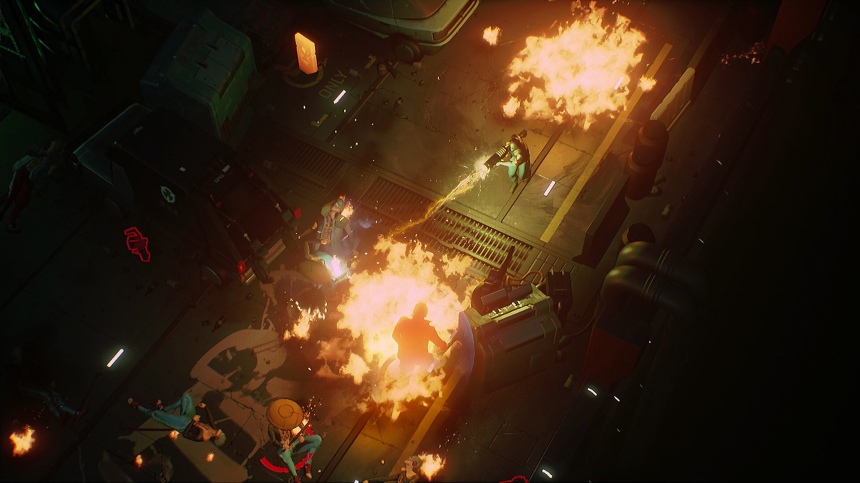 RUINER is a brutal action shooter set in the year 2091 in the cyber metropolis Rengkok. A wired psychopath lashes out against a corrupt system to uncover the truth and retrieve his kidnapped brother under the guidance of a secretive hacker friend. Combine preternatural reflexes, augmented tools, and the arsenal of fallen foes to tear down and dismantle the corporate titans of virtuality dealers at HEAVEN.