Timing is Everything: How a Three Year Delay Created the Definitive “Spider-Man” Story of the 80’s

Over the past 30-plus years, there have been numerous articles written devoted to the history of Kraven’s Last Hunt, a six-issue story arc which appeared across all three of Marvel’s Spider-Man titles in 1987.  The story by JM DeMatteis, Mike Zeck, Bob McLeod and others seems to be in constant print, with trade paperbacks and hardcovers still being produced today.  Everything written on this masterpiece thus far has been from the viewpoint of what led to the final story.

This article will take a different approach.  Instead of focusing on the journey of this classic tale, what if the story we received was the same as the day it was first pitched? Would it still hold the same prestige that the final version has attained?  Some people say that the story would have worked with any character, because the concept is so strong.  Others say that it only worked because of Spider-Man, and once you put Spider-Man in it, the story is an instant hit.  I’m here to tell you that every single delay in the release of Kraven’s Last Hunt led to the legendary arc that was produced.  Had any event in the below timeline been altered, we wouldn’t have the timeless classic we have today.

To explore this topic, a little background is necessary.  The initial version of Kraven’s Last Hunt (KLH) was vastly different from the final product.  Originally, it didn’t star Spider-Man or Kraven at all.  Instead, it focused on Wonder Man (Simon Williams) and his brother, the Grim Reaper.  The story was first pitched by JM DeMatteis to Marvel in 1984, which Marvel rejected.  JM DeMatteis then took his concept over to DC where he changed the characters to Batman and the Joker.  Editor Len Wein rejected the pitch because a very similar story (The Killing Joke) was already in the works.  DeMatteis reworked the story to include Hugo Strange, and pitched it to new Batman line editor Denny O’Neil.  Another rejection.

DeMatteis took his idea back to Marvel, but revised the story from Wonder Man and Grim Reaper to Spider-Man and a brand-new villain. Marvel approved.  During the final stages of story production, DeMatteis switched the villain to Kraven, and thus a timeless story was created.

But what if the final form of the story with Spider-Man and Kraven was pitched and produced in 1984?  Would it still be the timeless classic it is now?  To determine that, we need to examine the timeline of critical events between 1984 and 1987.

Jim Salicrup was made editor of the Spider-Man line of books in January 1987.  Why is that important to note? Well, JM DeMatteis has mentioned on many occasions that it was Salicrup’s idea to run the storyline across all three Spider-Man titles, as opposed to just one of the ongoing titles in consecutive months.  It was also Salicrup’s idea to name the story arc Kraven’s Last Hunt.  The original title was Fearful Symmetry.

“I called it Fearful Symmetry—in honor of another of my literary heroes, William Blake.  Jim Salicrup, who took over the editing chores when Jim Owsley left staff, was the one who came up with KLH.  Salicrup was also the guy who had a genius idea that people have been copying ever since:  run the six-part story through all three Spider-books, over the course of two months.  We’re accustomed to seeing that today.  In 1987 it was revolutionary.” 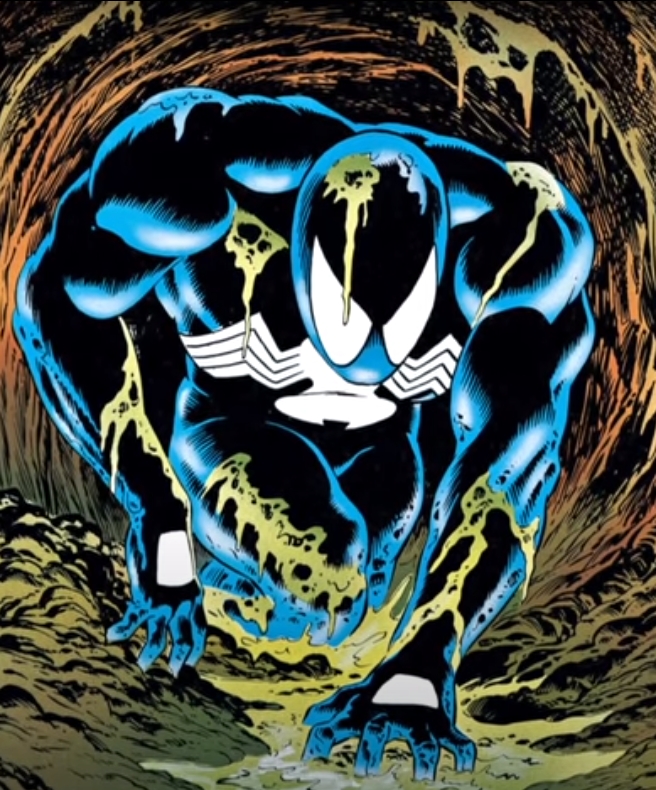 Also in 1984, Secret Wars was a massive success.  Published from cover date May 1984 to April 1985, Secret Wars consumed about a year of artist Mike Zeck’s work life.  This means he certainly wouldn’t have had time to pencil a six-issue arc featuring Spider-Man and Kraven. Once again, DeMatteis shared his thoughts, “I can think of a handful of super-hero artists as good as Zeck, but I can’t think of a single one who’s better.”

Still, other competent artists were employed on the Spider-Man line in 1984.  Pencilers Ron Frenz and Al Milgrom were assigned to Amazing Spider-Man and Spectacular Spider-Man, respectively.  Both were experienced artists, and I am sure they’d have a ball illustrating a black suit Spider-Man crawling through the sewers of NYC, right?

You see, Spider-Man’s black suit wasn’t introduced until Secret Wars #8, in December 1984.  That means when this project was first pitched, Spider-Man would have been wearing his iconic red and blue getup.  The image of Spider-Man bursting out of his grave isn’t really the same in red and blue, is it?

Remember the first words to come out of Peter’s mouth the moment he finally frees himself from his grave?  “Mary Jane…?”  The name of his beloved wife. Surely, no matter the era, this moment is just as poignant.

You see Peter Parker asked Mary Jane Watson for her hand in marriage in issue #290 of Amazing Spider-Man (July 1987) and they were subsequently married in Amazing Spider-Man Annual #21 (September 1987).  They were married one month before the release of KLH.  That means in 1984, it’s not his wife he’s crying out for, it’s his girlfriend.  Although still touching, this change in their relationship made the moment even more powerful.  Once again, we turn to what DeMatteis had to say:

“The fact that Peter and MJ were married…newlyweds…was pivotal.  They loved each other passionately—and that love is what gave Peter the strength, the courage and the desire to come back.  His mind could have easily collapsed down in the darkness.  He could have been stuck in that grave and died there.  MJ was the light that guided him out of that darkness.”

It’s strange, isn’t it?  The story is a classic, and yes, the changes that were consciously made to the original story made for a much more impactful arc.  It’s not just the conscious changes, though.  It’s everything that changed around that time, as well.  All of the pieces had to be put in place for this to become a timeless classic.  Yes, JM DeMatteis had to write it, but Mike Zeck and Bob McLeod also had to illustrate it.  Jim Salicrup had to edit it.  Rick Parker had to letter it, and Janet Jackson had to color it.  Spider-Man needed to be in his black costume.  He needed to be married.  The story needed to be released in a unique format, with a compelling title.

One final word from Mr. DeMatteis: “I’m grateful for every rejection along the way that gave the story time to find its proper form.  Every element had to be right:  especially the extraordinary artwork of Mike Zeck.”

Years in the making

The three-year delay in the final release of this masterpiece made it the classic it is today.  What do you think?  Are you a fan of Kraven’s Last Hunt?  Were you aware of the numerous pitches, the changes to the scrip, and would you have prefer to see the story done with another character?  Let us know it the comments!

The Splintering’s Teespring store has items starting at just $10.99! If you like what we do & want to help keep our site 100% free of paid ads, go here!