Posted on April 27, 2018 by Blake Worrell Leave a comment

Capcom and SEGA have joined to support a handful of charities by offering a combined Humble Bundle aptly named the The Humble Capcom X SEGA PlayStation Bundle, including games for the PS4, PS Vita and PS3 (…really?).

Proceeds can go to support your choice of three charities: Save the Children US, the American Red Cross, and the Rett Syndrome Research Trust.

Pay what you want to receive: 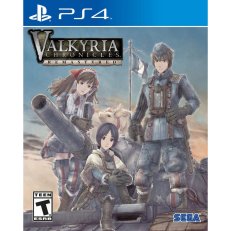 Valkyria Chronicles is probably worth the price of admission alone

Pay more than the average to receive:

You also will receive PlayStation Store coupons for savings on Yakuza 0, Resident Evil 7, Valkyria Revolution, and Dead Rising 4, if that helps sweeten the deal.

As usual with Humble Bundle sales, you can choose how much of your money goes to the game publishers, the charities, or to help maintain the Humble Store.

Console-centric Humble Bundle deals don’t come around very often, and normally, the combined price of all these games is roughly $239. So if you’re hungry for itchy, tasty deals, go forth and do something totally selfless.

The Humble Capcom X SEGA PlayStation Bundle expires on 8 May!