Over the weekend, the crowdfunding campaign for a new graphic novel Samurai and Dinosaurs launched on Indiegogo. Written by Michael Murphy and illustrated by Sergio Calvet, Samurai and Dinosaurs is described as an homage to the work of legendary filmmakers Akira Kurosawa (Seven Samurai) and Ray Harryhausen (Clash Of The Titans).

Below is a plot summary taken from the Samurai and Dinosaurs Indiegogo page:

“Samurai and Dinosaurs focuses on an elite group of Samurai dispatched into the Japanese wilderness to explore a meteor that came crashing down from the heavens a little over a year prior. What they discover is a thorn in time that is bleeding one era into another. Will they survive the journey, fight some dinosaurs, and stop time from bleeding?“

Interested? You can check out some sample artwork below or visit the full Samurai and Dinosaurs Indiegogo page here. 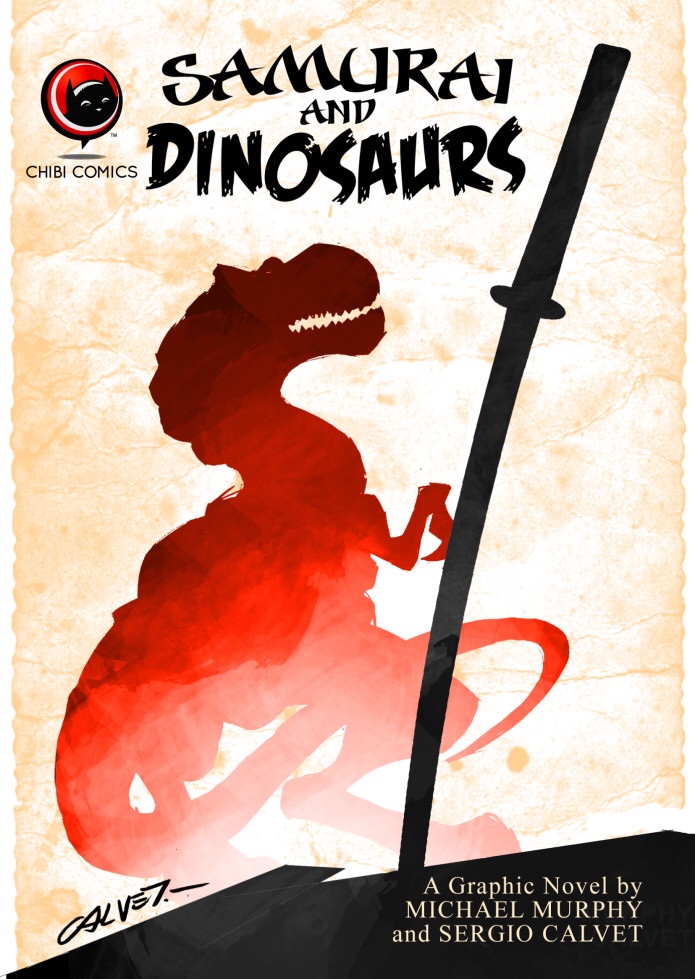 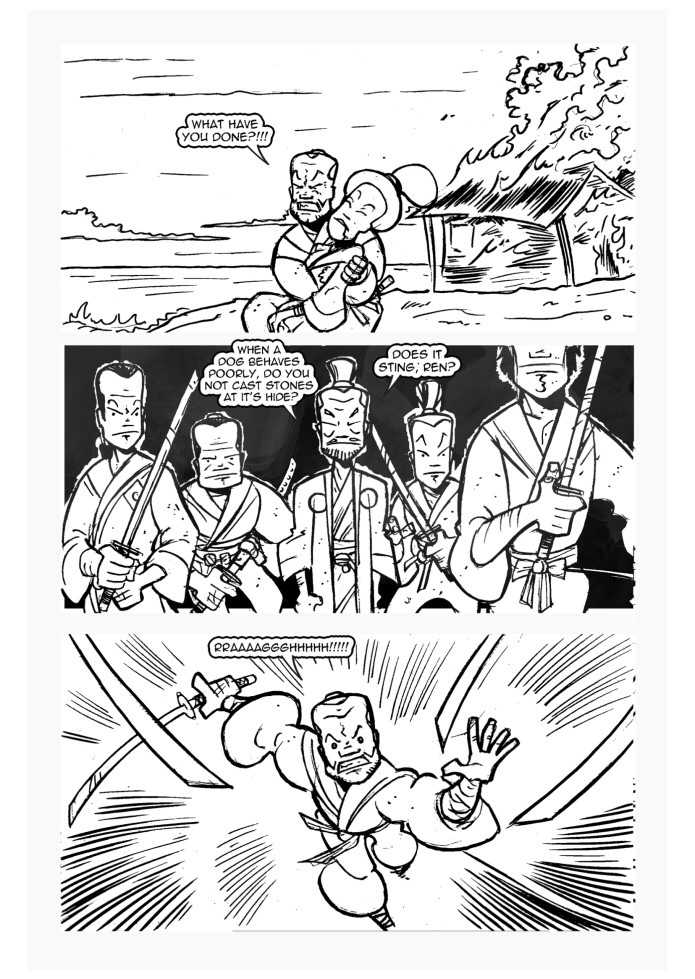 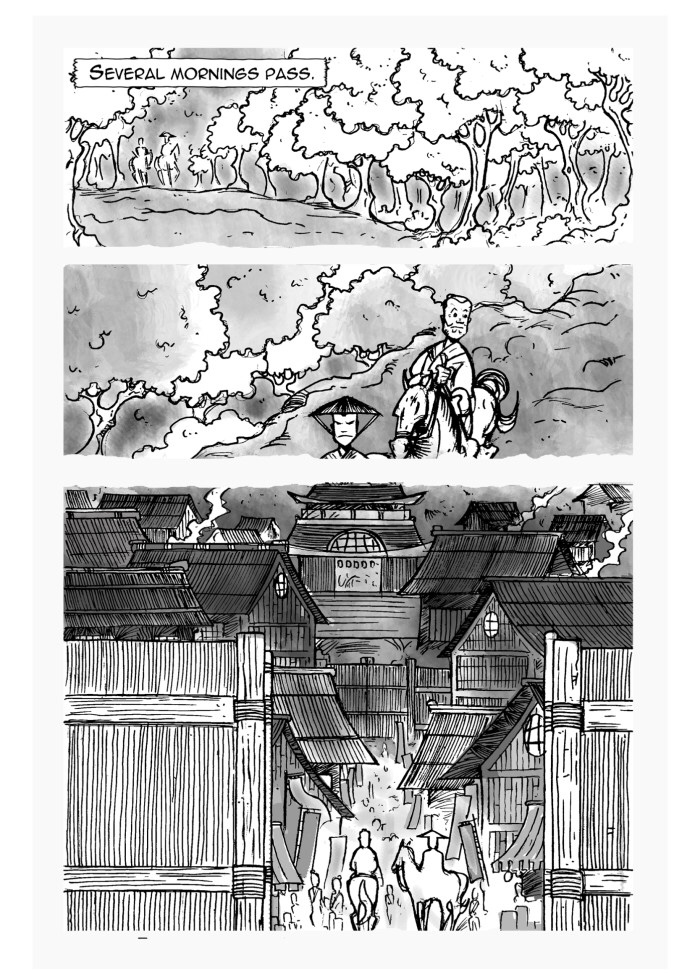 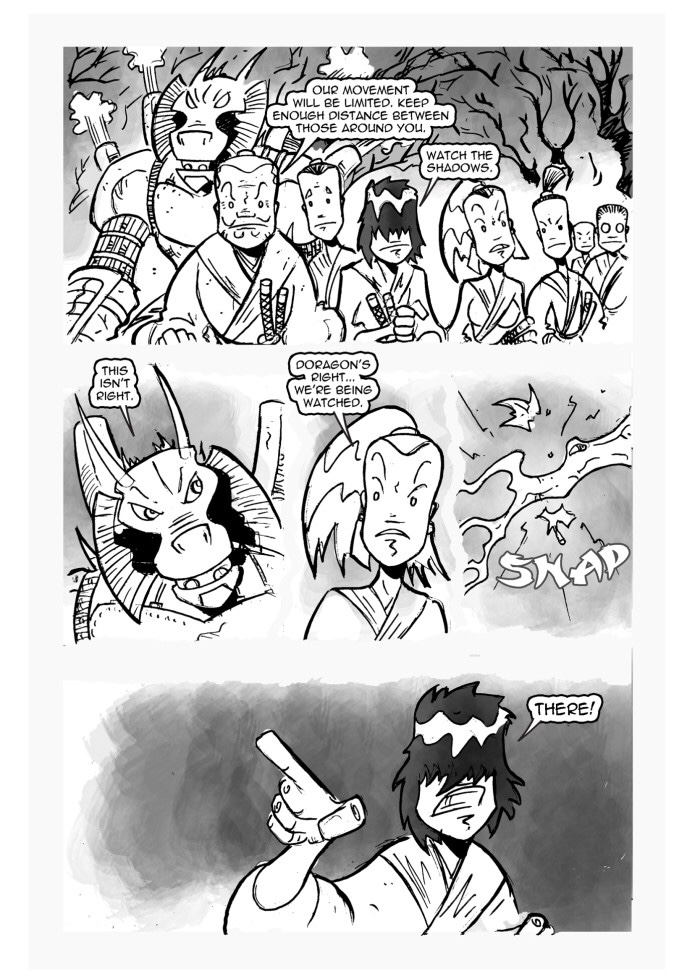 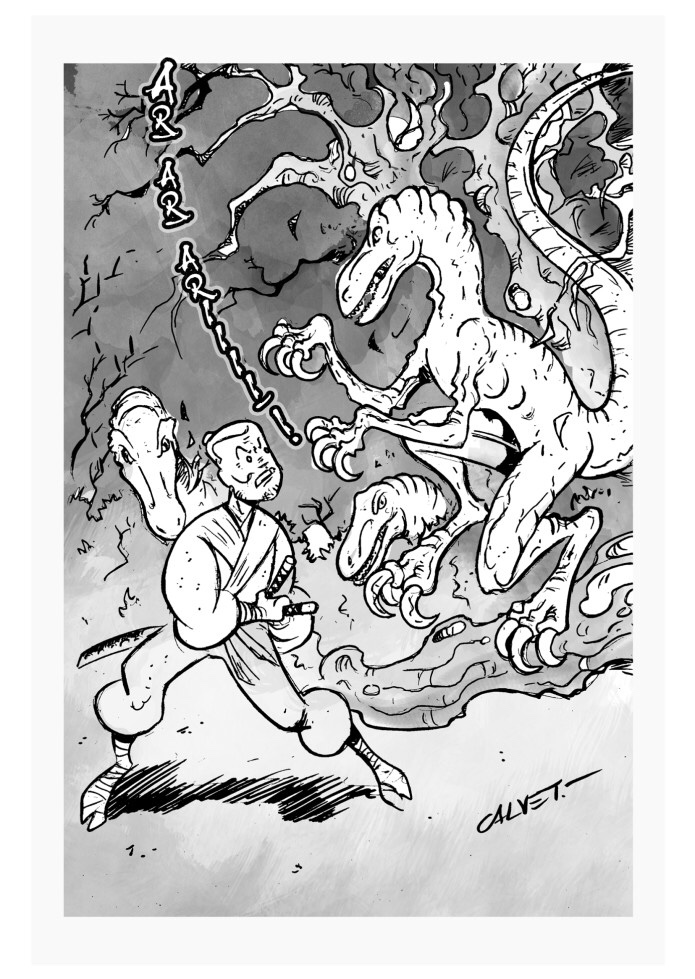 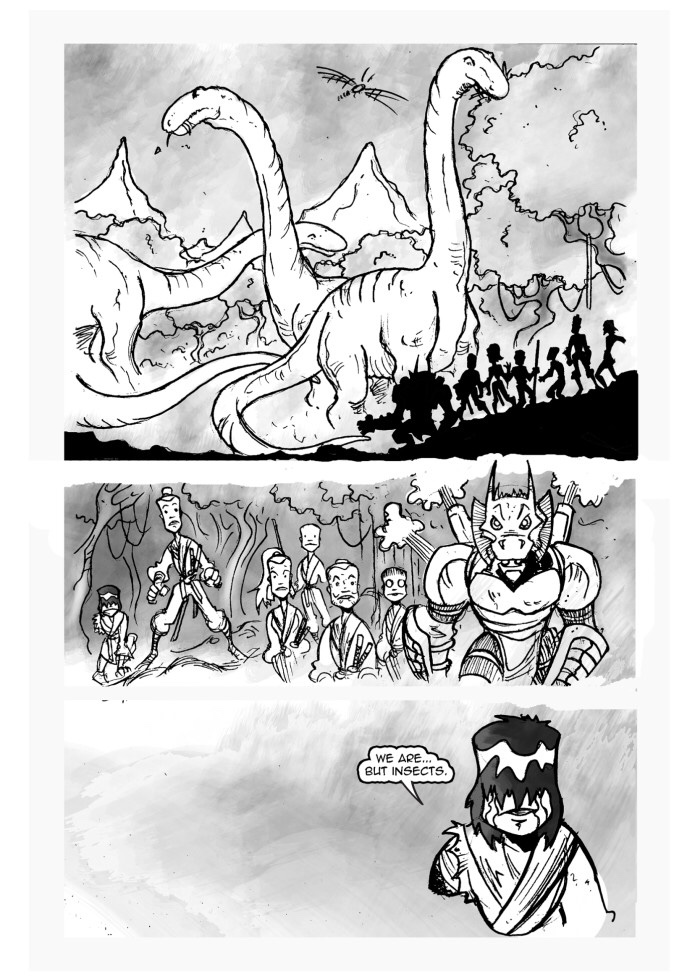