Posted on March 13, 2019 by Blake Worrell Leave a comment

…Ah, forget it. We all definitely lost out in the early 90s, because there were apparently plans drawn up for an Alien Vs. Predator football game (God’s American-style football, not European footsie-ball) which never fully materialized.

Originally pitched for the SEGA Genesis (Mega Drive) console, Cosmic Hard Bowl pits Xenomorph against the Yautja in a carnage-infused battle on the gridiron presumably similar to Mutant League Football.

As delightfully bizarre an AvP football may seem, perhaps we really are better off without it ever being released given that licensing issues and the reception of it could have negatively impacted the eventual release of Rebellion’s excellent Alien Vs Predator for the Atari Jaguar.

Take a look at the Cosmic Hard Bowl concept images below, and of course visit the National Videogame Museum the next time you’re in Frisco, Texas. 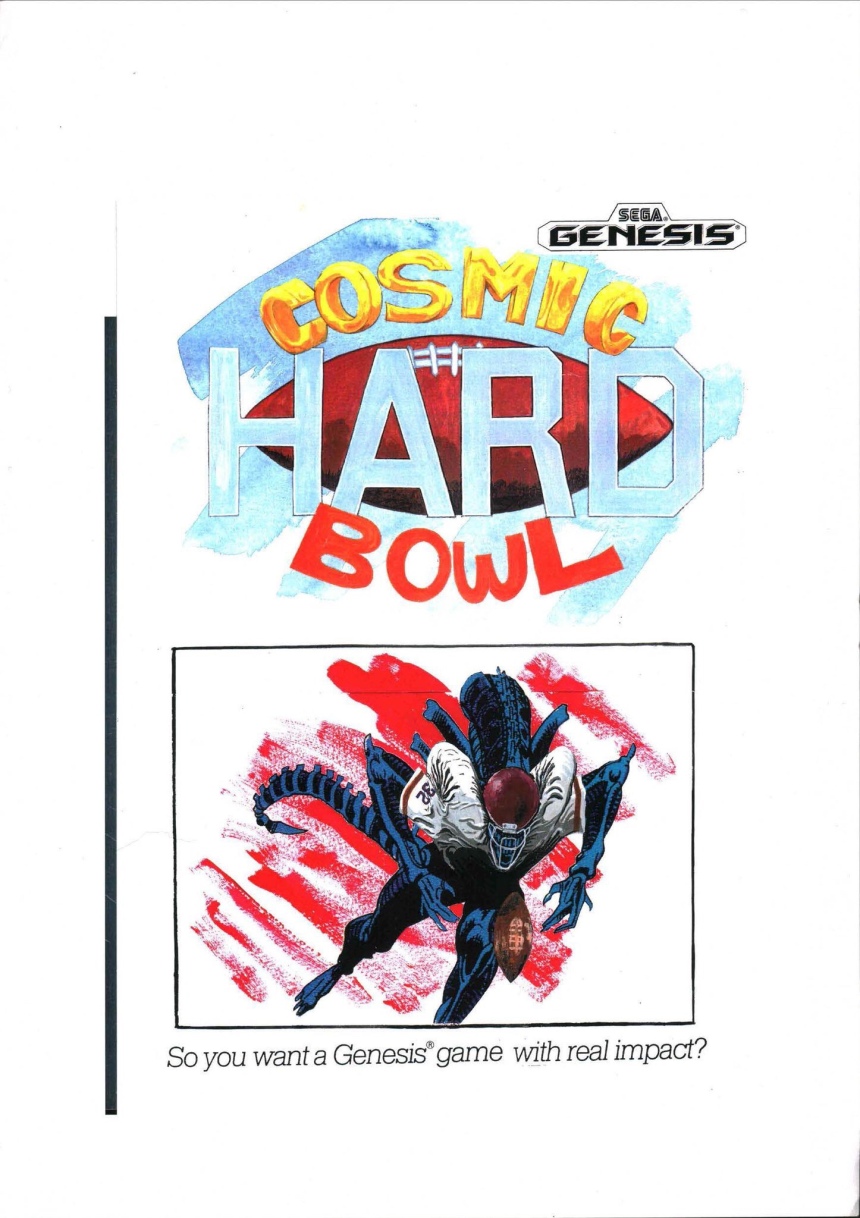 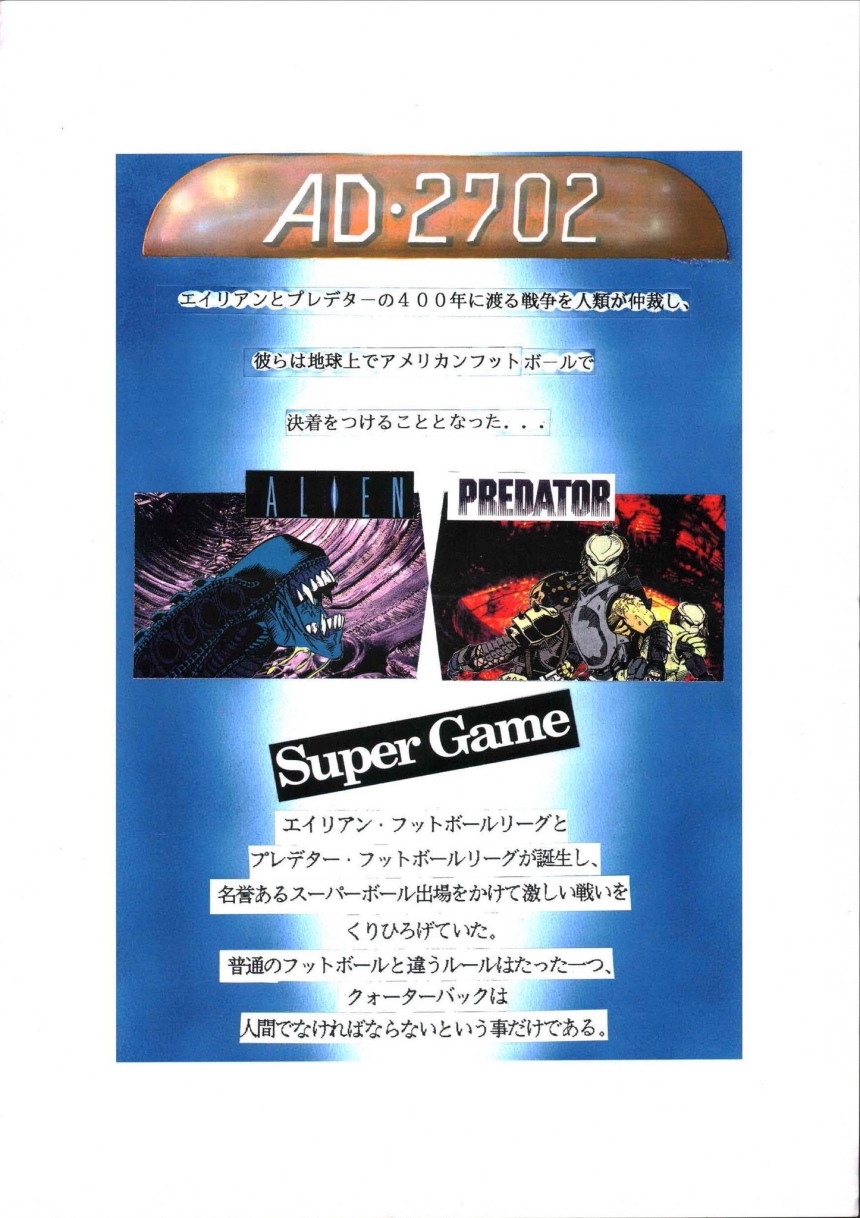