Posted on April 8, 2019 by Blake Worrell Leave a comment

Over the weekend, the crowdfunding campaign for chapter 4 of The Elemental Balance was fully funded on Indiegogo.

Written by Zain Shenwari and featuring artwork by Luke Horsman, this latest issue is the fourth 4 of six chapters in the full The Elemental Balance saga.

Here’s a summary of The Elemental Balance taken from the Indiegogo campaign page.

“The Elemental Balance is a story about 4 individuals from around the world who gain the powers of the Elements. They are known as the Elementals. They don’t know how or why they got these powers, but they all died from a natural disaster caused by the Element’s energy they harness.

“The story follows their journey of finding one another in hopes of unraveling the truth behind their powers and its connection to their resurrection. Instead, they discover that they’re being hunted by a mysterious force!“

Backers can get a digital version of issue 4 for $4, while physical copies start at $10. If you’d like digital versions of all four issues in The Elemental Balance series so far for $10, while physical copies of all four issues are $30. If you want more swag, there are backing tiers for signed copies of the book, a paper action figure, a Water Elemental necklace, original artwork, and the option to have your likeness drawn into the final product.

Interested? There’s still roughly three weeks left to back the project, so can check out some sample artwork below or visit the full Indiegogo page for The Elemental Balance here. 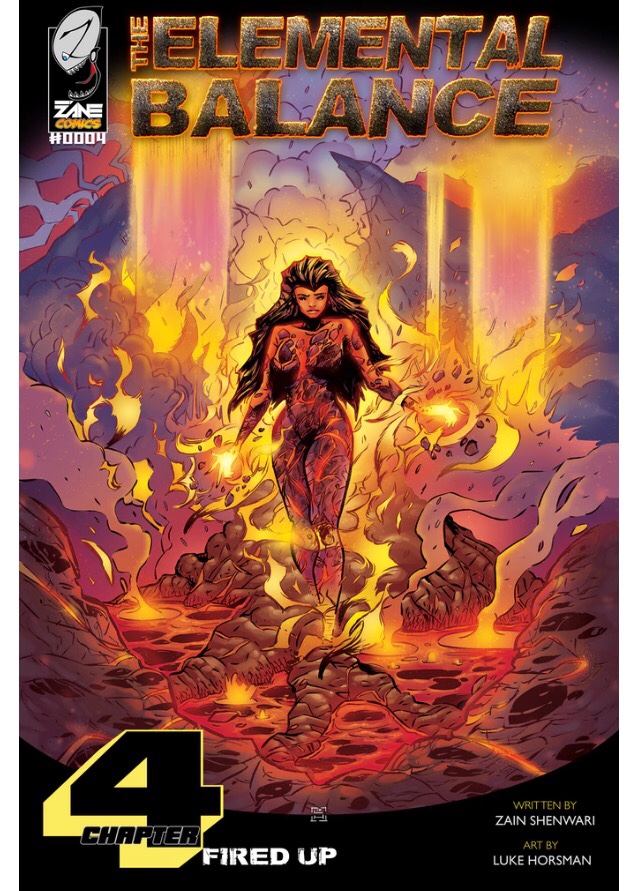