On Wednesday, independent comic book writer and Chibi Comics founder Mike Murphy launched a crowdfunding campaign for The Gods Fear Me, a new post-apocalyptic sci-fi comic with a Lovecraftian flare. Written by Murphy (Samurai and Dinosaurs) and illustrated by Kristian Rossi (Trespasser), The Gods Fear Me is a 32-page comic intended as the first of a three-part miniseries.

The Ancient Ones brought the human race to near-extinction. Now, the android Kedzie fights to reclaim our world and protect a young boy who might be the key to our salvation.

THE GODS FEAR ME (the first of three planned installments) is 32 pages of sci-fi action and horror with Lovecraftian overtones, featuring stunning art by Kristian Rossi (Alterna’s Trespasser and Voidwalker)!

Backers can get a digital version The Gods Fear Me for $10, while physical copies start at $15. If you have more money to spend, you can get a trading card, post cards, a sticker, poster, original art, a prequel novella, and even the opportunity to have your likeness drawn into the final product. There’s also a “support the troops” tier, where backers receive two copies of The Gods Fear Me while three copies will be donated to U.S. military service members.

You can check out some sample artwork below or visit the full Indiegogo campaign page here. 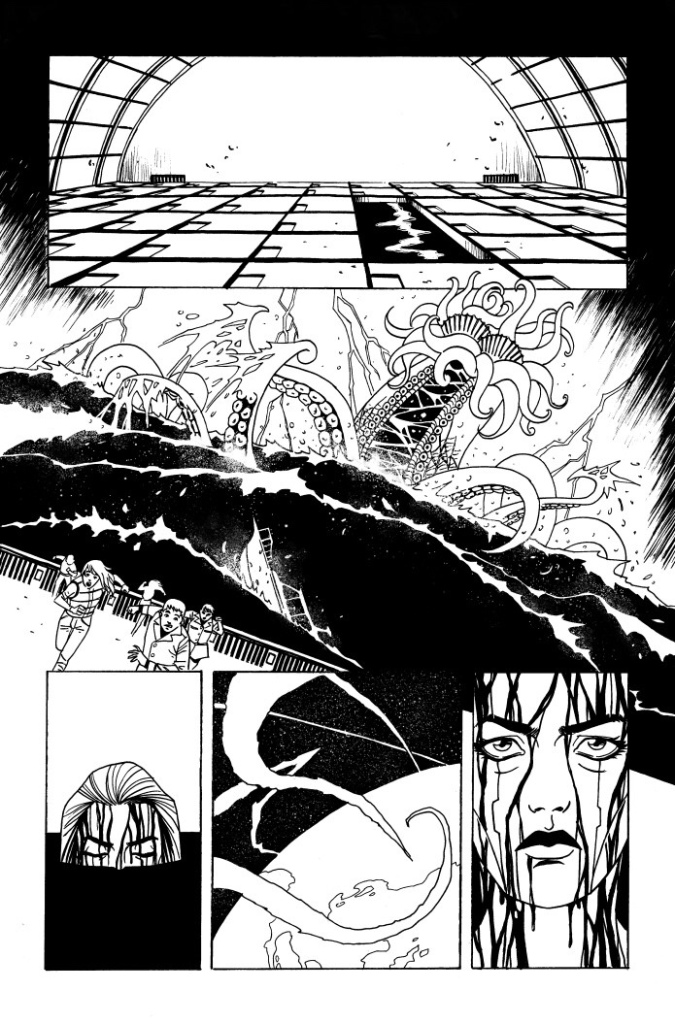