Earlier this month, independent game developer Unfold Games caused an online stir after refusing an exclusivity deal with the Epic Store for the studio’s first title: DARQ. Just three days after Unfold Games announced DARQ’s release date on Steam, Epic approached the studio with an exclusivity deal (coupled with a cash incentive) which would have wrested the game away from Steam’s digital storefront.

Concerned for the image of its new studio, Unfold Games declined the offer. According to Unfold Games’ Wlad Marhulets:

“I had just announced DARQ release date on Steam – pulling the game off Steam a few days after Steam release date announcement would forever ruin the credibility of my studio.”

However, Marhulets did express a desire to have DARQ sold on the Epic Store, just not as an exclusive. Epic, on the other hand, was not interested in DARQ unless it was exclusive to their storefront. Unfold Games upped the ante this week by offering to donate 100% of DARQ’s Epic Store sales to charity if the game is allowed on the Epic platform non-exclusively, though Epic has not responded publicly at the time of this writing.

Unfold Games posted many of the details of its back-and-forth with Epic in a polite but comprehensive post on Medium, which you can read here. 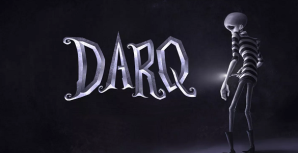 Gamers responded enthusiastically to Unfold Games’ candor and integrity, and have since rewarded the studio with both moral and financial support (meaning sales). This has not gone unnoticed by Unfold Games, who have now responded by announcing a free DLC update to DARQ featuring additional levels.

Even if you happen to prefer playing games using the Epic gaming launcher, you gotta give Unfold Games points for integrity. Who knows? You may yet get the chance to pick up DARQ on the Epic Store in the future, and your purchase proceeds may even go to support a charitable cause. In the meantime, you can purchase DARQ via its Steam page here.