Posted on January 28, 2020 by Blake Worrell Leave a comment

In a city where everything is legal, it’s gonna take someone outside of the law to deliver the retribution the colorful and deadly villains of Glitter City so richly deserve!

After running afoul of a notorious casino boss, GRAYSKALE finds himself targeted by a gauntlet of increasingly dangerous supervillians! Will his mysterious karma control and trusty truncheon be enough to save the day? Or will what goes around come around for our beleaguered hero? 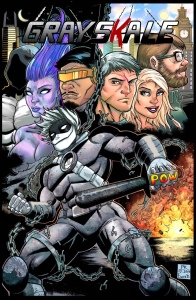 Backers can get a digital version of $10, while physical copies (all signed) start at $15. For those with more money to spend, there are a few extras you can pick up, including additional copies of the book, a limited edition proof copy, and the opportunity to have your likeness drawn into the final book.

Interested? You can check out some sample artwork below or visit the full Grayskale Indiegogo campaign page here. 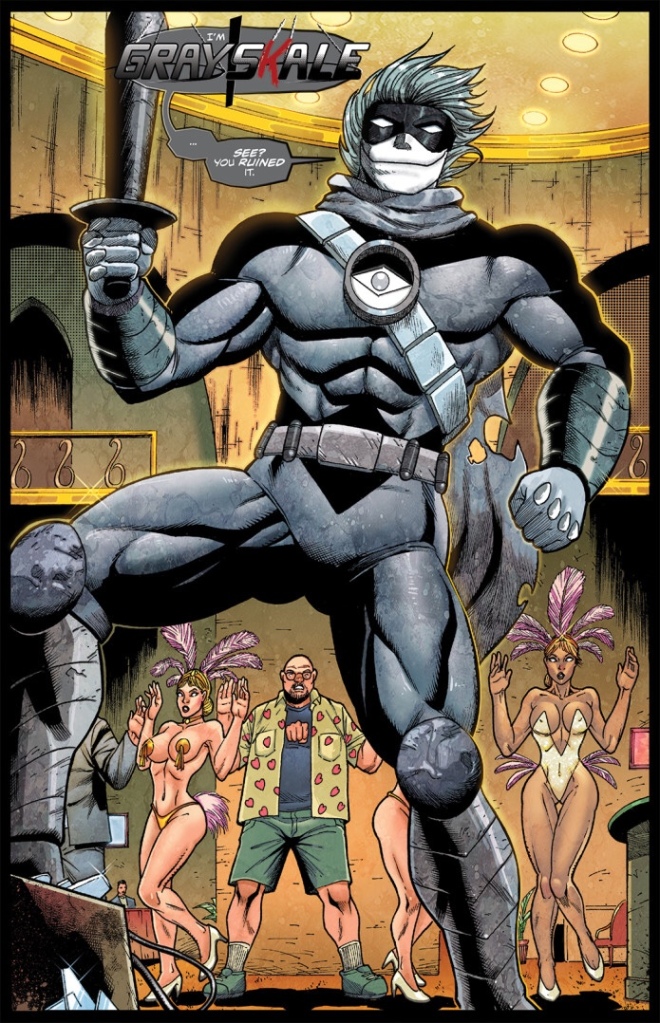 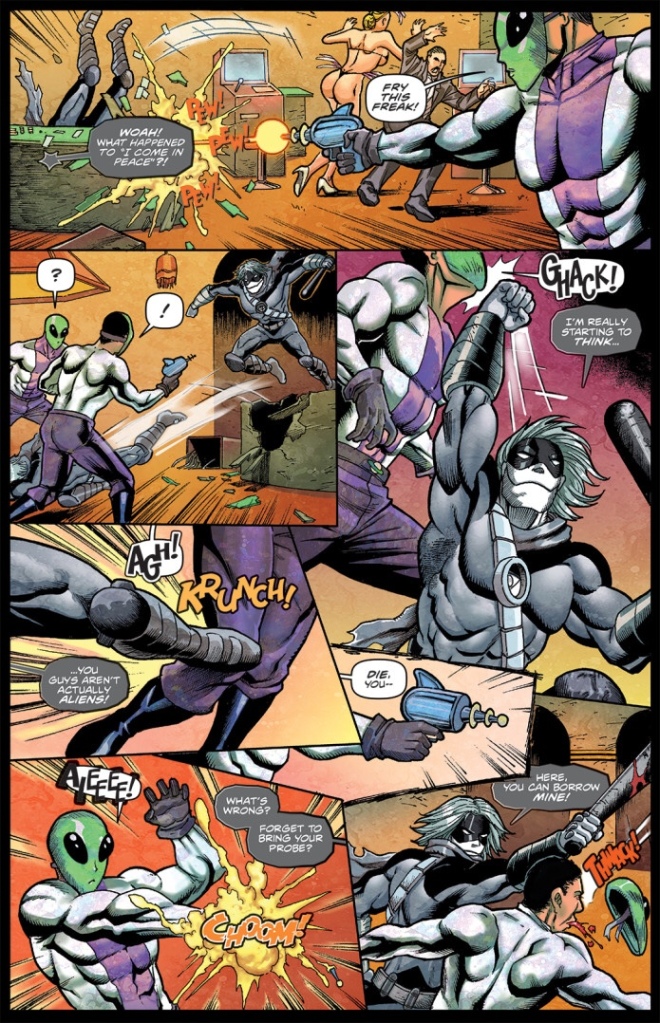