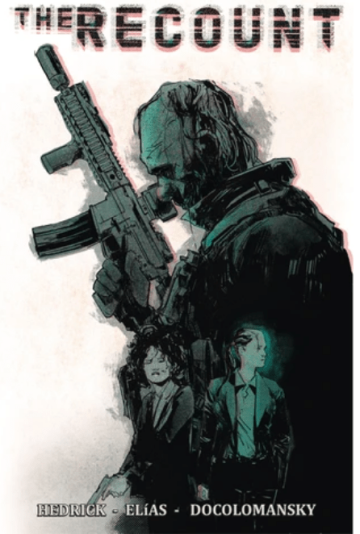 When the US President is assassinated by one of his own security detail, a female Secret Service agent named Bree Barto must protect the Vice President at all costs from a mass conspiracy by a group calling themselves ‘The Masses’. With nowhere to turn and no one to trust, these two women with completely opposing political views and beliefs must work together to preserve what’s left of American democracy.

We recently got a chance to discuss The Recount with the book’s author, Jonathan Hedrick on a livestream on the Riot Press YouTube Channel, so be sure to give it a watch to get the full details on the project.