The first attempt at crowdfunding the project ended unsuccessfully, but this latest Roadwarrior Drake campaign looks to be moving along at a smooth pace, having already raised more than two thirds of its goal at the time of this writing.

But what is the book all about? Here’s the official plot synopsis taken from the Street Champion Roadwarrior Drake Indiegogo campaign page:

Roadwarrior Drake is the story of a beast citizen taking on the various street gangs pushing a powerful and dangerous drug created by the mysterious Krimson! You get a full story with Drake’s ups and downs, compelling characters that flesh out the world, and artwork recalling the glory days of Eastman and Laird’s Teenage Mutant Ninja Turtles!

Welcome to Skullkill, a near dead city, on the other side of an apocalyptic overrun by The Street Warriors, a network of gangs with odd abilities, overseeing an enterprise of sales of a deadly new drug called Romerum, nicknamed Sparkplug, that turns its addicts into numb and mindless zombies.

In the background emerges a mysterious creature with a fast mouth and itchy fists.

This is Roadwarrior Drake, the Street Champion.

Backers can get a digital version of Street Champion Roadwarrior Drake for $20, while physical copies start at $25. If you have more cash to spend, you can pick up multiple copies of the book, variant covers, a hardcover edition, and even a Spanish language edition if you prefer your trash-talking vigilantes delivering their witty quips in a Romance language.

Interested? You can check out some sample artwork below or visit the full Street Champion Roadwarrior Drake Indiegogo campaign page here. 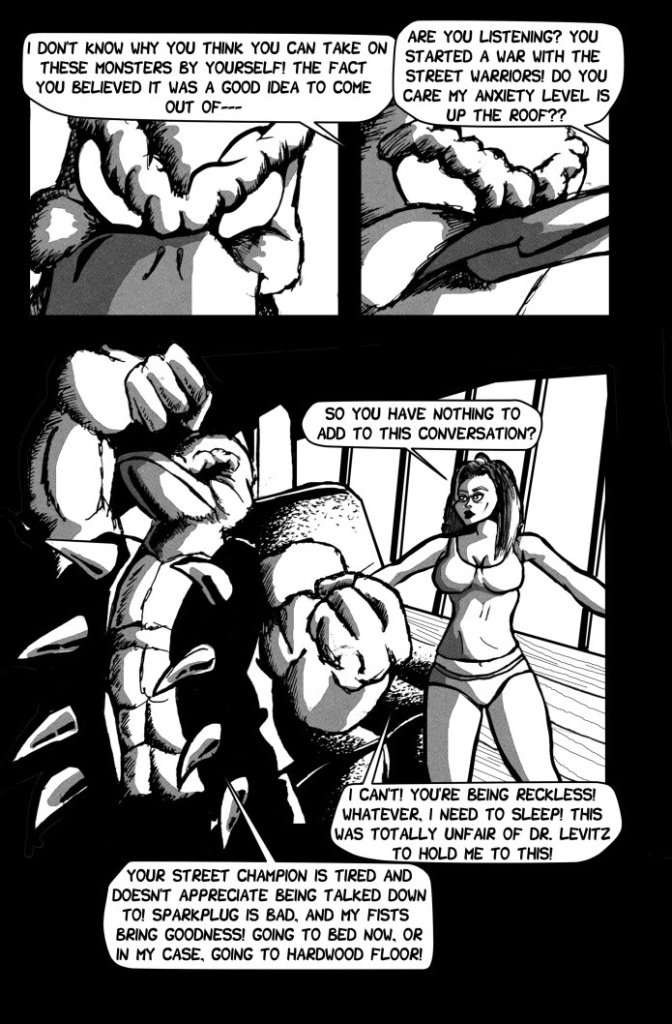