Posted on August 20, 2020 by Blake Worrell Leave a comment

Written by Bitmanis and illustrated by Sara Setna, the creative team specifically recommends Grey Matter to fans of Blade Runner, Children of Men, and The Fifth Element. Here’s the official plot synopsis taken from the Grey Matter Indiegogo campaign page:

Cybernetics have become part of almost every human body, pushing boundaries of what humans can do. The only downside… it slowly kills you. Downtrodden street fighter Lia is striding close to death’s door, but she’s found a girl who’s untouched by the cybernetic sickness. Lia vows to get her to the safety of the inner city, out of reach of the mobsters and denizens that will kill to acquire her.

Backers can get a copy of Grey Matter for $20 (Canadian, approximately $15 U.S.). For those with more cash to spend, you can also pick up additional copies of the book, a variant cover, posters, custom art commissions, and the chance to have your likeness drawn into the final product.

Interested? You can check out some sample artwork below or visit the full Grey Matter Indiegogo campaign page here. 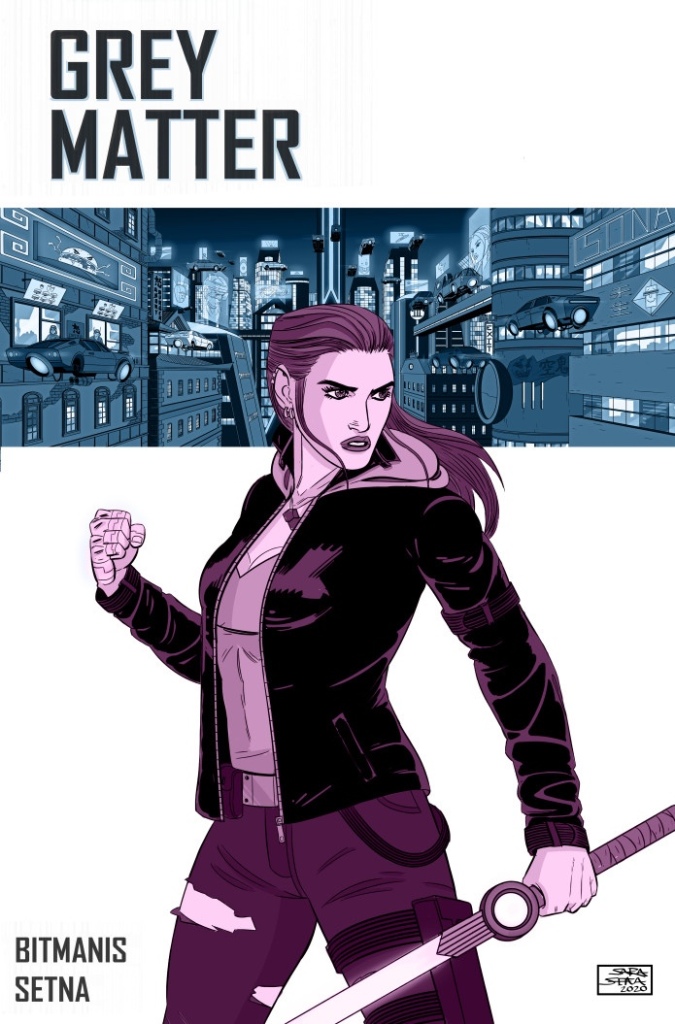