Posted on September 15, 2020 by Blake Worrell Leave a comment

Deepstalker crow is a 22 page comic that tells the blood drenched tale of the infamous houses of monster hunters, known as Deepstalkers. Broken into 7 houses, we follow the trails and tribulations of Mercy from house of the Crow. Born (or created?) physically weaker, and with a higher Blood Corruption Levels (BCL) than normal, she has to fight tooth and nail against the monsters within this world to prove that she is worthy of the family name Crow.

With her days seemingly limited, thanks to her BCL, will she be able to help keep the people of The East against the ever growing number of mythological creatures attacking the defenseless, perhaps die unloved and unwanted in an unmarked grave, or worst of all, turn into the very monsters her fought against, killing those she swore to protect.

Backers can get a digital version of Deepstalker Crow for $10, while physical copies start at $15. If you have more cash to spend, you can also pick up multiple copies of the book, prints, signed copies, variant covers, and a unique opportunity to create your own character and have it appear in the book.

Interested? You can check out some sample artwork below or visit the full Deepstalker Crow Indiegogo campaign page here. 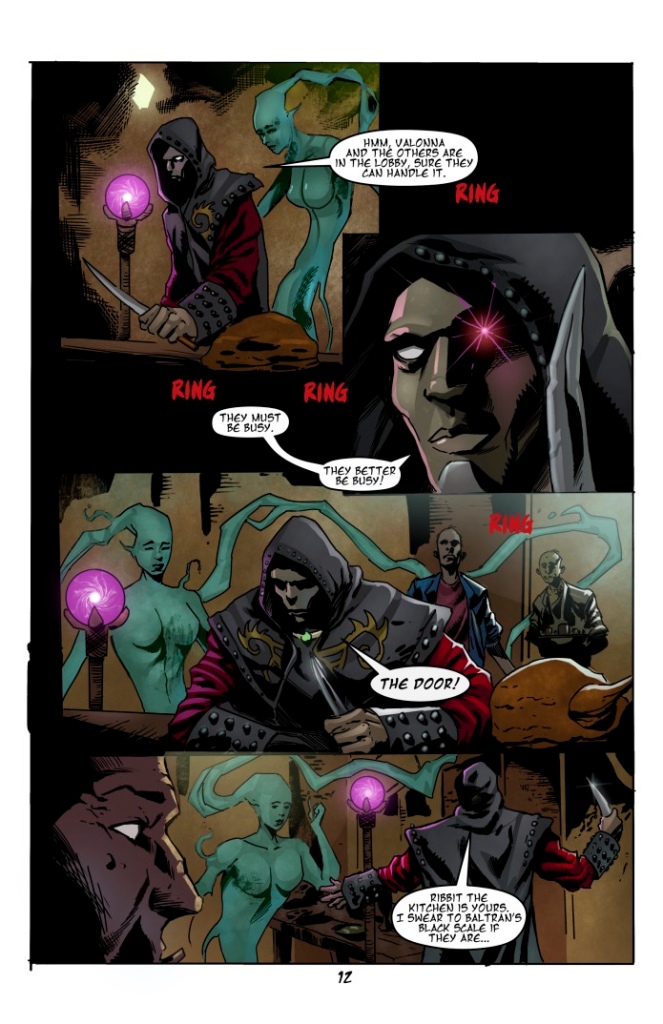