How a Star Fox Racing game could work

Rumors have been flying left and right that Retro Studios is developing a Star Fox racing game for the Nintendo Switch, possibly titled Star Fox: Grand Prix. Reactions to this prospect ranged from excitement to dismay, leading almost the entire Internet left asking “Why not F-Zero?”

No matter your take on a possible Star Fox racing game, the minds of Nintendo fans are likely lost in a galaxy of possibilities. Here are few ways we hope Retro Studios will make the game a solid racing classic rather than a baffling footnote.

Don’t be Mario Kart, but don’t be F-Zero, either

Mario Kart 8 already has a well-established player base on the Switch, so Nintendo fans will probably want a different kind of racing experience. It may be tempting to essentially re-skin the fast-paced, sci-fi themed F-Zero formula as a Star Fox game and call it a day, but that would be a mistake.

The last true installment of the F-Zero series was on the GameCube. Certain aspects of the F-Zero gameplay from that era simply won’t translate well today. Imagine waiting in a lobby to play an online race, and soon after the race finally starts, you unluckily fall off and explode on the first turn. In F-Zero, you’d be done. You’d either have to wait for everyone else to finish the race or you would return to the lobby. The online races in Star Fox: Grand Prix would have to find a way to keep you in the game, whether by respawning your ship or slowing it down until it is repaired.

F-Zero is also known for unique track designs built around the ability of the vehicles as hovercrafts, but Mario Kart 8‘s hover karts stole that thunder. Given that this is a Star Fox title, your vehicle would have to fly. There is more than one option for doing this, the first being your ship flying for the entirety of a race like the flying mode in Diddy Kong Racing. Another option is transforming ships that shift between land, sea, and air, much like those in Sonic & All-Stars Racing Transformed. The second option opens up more possibilities, and the designs of the Star Fox vehicles have always lent themselves to transformations.

Given that the Star Fox series is largely based on dog fights in outer space, your vehicle should definitely be armed. This is would be distinct from F-Zero‘s design, but weapons should be implemented differently than in Mario Kart, too. Instead of giving players a random weapon pickup, your vehicle in a Star Fox racer could be always armed and able to fire more continuously than in Mario Kart. There’s no reason why there couldn’t also be weapon options, power-ups or upgrades, so the combat aspect of the game wouldn’t risk being stale.

There’s also the danger that constantly firing would cause annoyance if you’re constantly being shot up, and constantly mashing the fire button would eventually become wearisome, too. A possible solution could be to give every vehicle an energy shield that wears away when shot, and firing your weapon draws energy from the same meter, so players will take shots more judiciously.

There’s no reason why Retro Studios can’t go in other directions, but these are just several ways to make Star Fox: Grand Prix stand apart from Mario Kart and F-Zero.

Focus on the battle mode

Since we established above that a Star Fox racer probably should include weapons, this opens up several possibilities for creating multiplayer battles that could become a hallmark of a new combat racing franchise.

It’s easy to envision large arenas that provide multiple means for cover, and a control scheme that allows for quick banking and possibly even strafing. Something attuned to the old Namco arcade game Cyber Sled comes to mind, and not just because the retro polygonal graphics resemble the original Star Fox.

It may be trickier creating battle arenas with flying vehicles as limitations would have to be set in extra dimensions, but I’m sure the talented folks at Retro Studios can create something enjoyable.

Get your slimy mitts off my ride, Slippy.

Fox McCloud and his allies all fly essentially the same ship, the Arwing. Sure, you could alter the shape and attributes depending on the pilot you choose, or maybe add red stripes or some other small aesthetic identifiers, but these variations aren’t terribly exciting.

Adding an in-depth vehicle customization option would add tremendously to what otherwise may look like slightly bland vehicle designs. Choosing from a broad selection of color schemes or adding player-created decals to the vehicles are easier additions, but why not add unlockable parts that augment the vehicle’s abilities? Sure, kart racers have included similar customization options before, but given that the vehicles in the Star Fox universe have such geometric designs, players could have an opportunity for truly personalized vehicles.

Include a story mode

A story mode has already been alluded to in the Star Fox: Grand Prix leaks. If you’re setting a racing game in a cohesive universe like Star Fox, then including a single-player story mode is almost a no-brainer.

The story mode could be something as simple as a training mode with a few cinematic interludes, but let’s hope there’s much more than that. If Retro Studios does in fact create a robust battle mode, then the story mode could jump between racing, battles, boss fights and other challenges to shape a well-balanced single player experience.

Replayability may be an issue in crafting the story mode. Allowing players to play through as different characters, take different paths, or adding secondary goals on each course could encourage replay. Certainly giving players the chance to unlock extras such as concept art or vehicle parts would go a long way, too.

With the addition of characters such as Link or the Inklings from Splatoon, Mario Kart 8 Deluxe has, in a sense, become “Super Smash Kart.” Star Fox has a decent starting roster to pull from, including Fox, Falco, Peppy, Star Wolf, Andross, Krystal… I won’t list them all. But there are still opportunities to represent some other franchises in Star Fox: Grand Prix, particularly those from the science fiction side of Nintendo’s game catalog.

Samus Aran, R.O.B. and yes, F-Zero racers like Captain Falcon are the most natural fits for the Star Fox universe. Retro Studios could even add Captain Olimar from Pikmin, but that’s more of a stretch. If nothing else, a few courses or vehicles based on these franchises would be nice, even if done as DLC. Anyone else want to race through Norfair with a giant Ridley attacking you from overhead? Yeah, I knew I wasn’t the only one.

Just please, for the love of God, don’t put Mario in it.

E3 2018 is just a few short weeks away, and perhaps we’ll all get to see what Retro Studios has in store for us when Nintendo hits the floor. Of course, this rumor could be complete bollocks, and in that case we’ve all just wasted quite a bit of time- more so me than you. 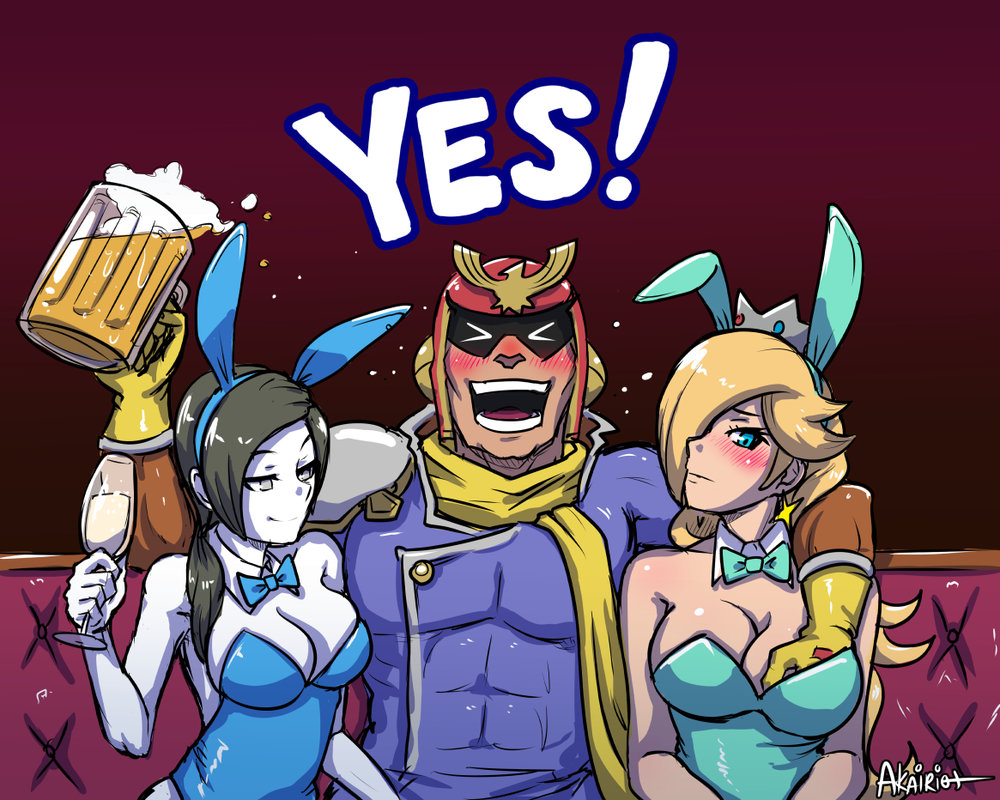 Even if we’re not getting a new F-Zero game, don’t worry about Captain Falcon. He’s doing just fine.