“The World Next Door” coming to Nintendo Switch, Mac, PC in March

Posted on February 19, 2019 by Blake Worrell Leave a comment

Manga/anime production house Viz Media has announced their first entry into the world of vidya germs with The World Next Door, an adventure/fantasy game developed by Rose City Games.

Here’s a plot breakdown straight from the horse’s online mouth. 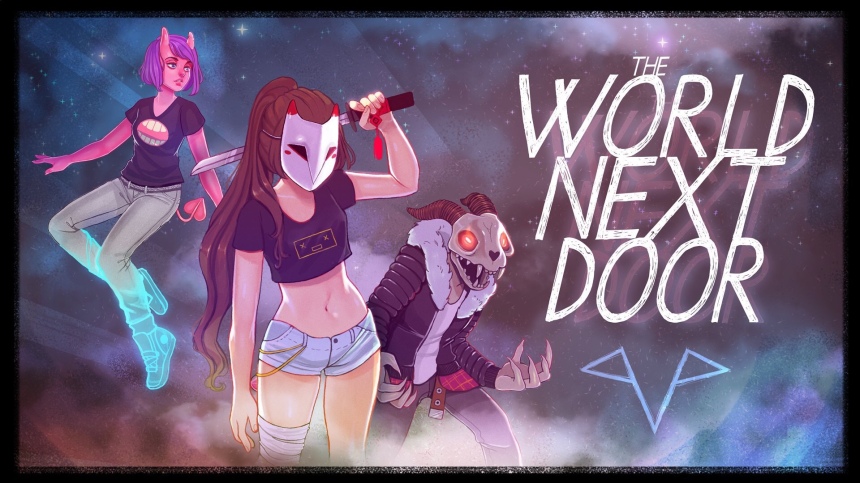 “THE WORLD NEXT DOOR follows Jun, a rebellious teen, who finds herself trapped in the parallel world inhabited by magical beings. The game combines emotional storytelling, charming branching dialogue and thrilling action set in a universe where portals connect two planes – the human realm of Earth and the magical world of Emrys. Activate runes to cast colorful spells and defeat mysterious enemies known as Grievances and help Jun uncover the secrets to opening a portal back to Earth before time runs out!”

According to representatives at Viz, The World Next Door’s gameplay changes “based on the decisions you make each play through”, for whatever that’s worth. I mean, if Sonic chooses to jump into a spike pit, the game responds by making you replay the level, right?

Hollow corporate speak aside, The World Next Door has already garnered quite a bit of attention. It was nominated for the 2019 SXSW Gamer’s Voice Award and was also a Golden Joystick Finalist at Terminus (Atlanta).

The World Next Door is published by Viz Media be is scheduled to release 28 March on PC, Mac and Nintendo Switch for $14.99. ($19.99 if you bundle in the game’s soundtrack)