Posted on August 20, 2019 by Blake Worrell Leave a comment

Written by Phillip Diaz and featuring illustrations by Brandon Diaz and colors by Eugeniu Betivu (HIRO: Blood of a Patriots), Magic Cop is an 88-page graphic novel described as a mishmash of Miami Vice and Halloween Town.

Here’s the pitch straight from the Magic Cop Indiegogo campaign page (along with a very well-done promo video):

Ignatius Cromwell is a new Magic Cop straight out of the academy, with his magic wand passed down through his family. On this first case he has to learn to work with his new wolfman partner on the edge of retirement as they investigate the murder of a mermaid prostitute. With the aid of a big leprechaun and flirty witch, the team will find out that the city of Ambrosia has it’s fair share of skeletons in it’s closet.

Backers can get a digital version of Magic Cop for $25 and signed physical copies at the same price. For those with more cash to spend, there is some extra swag for you to choose from, including additional copies of the book, an extra behind-the-scenes book, four “naughty” pinup posters, a garishly-80s Magic Cop jacket (love it), as well as the original behind-the-scenes cover artwork by Elliot Fernandez.

Interested? You can take a look at some sample artwork below or visit the full Magic Cop: Drop Dead Legs Indiegogo campaign page here. 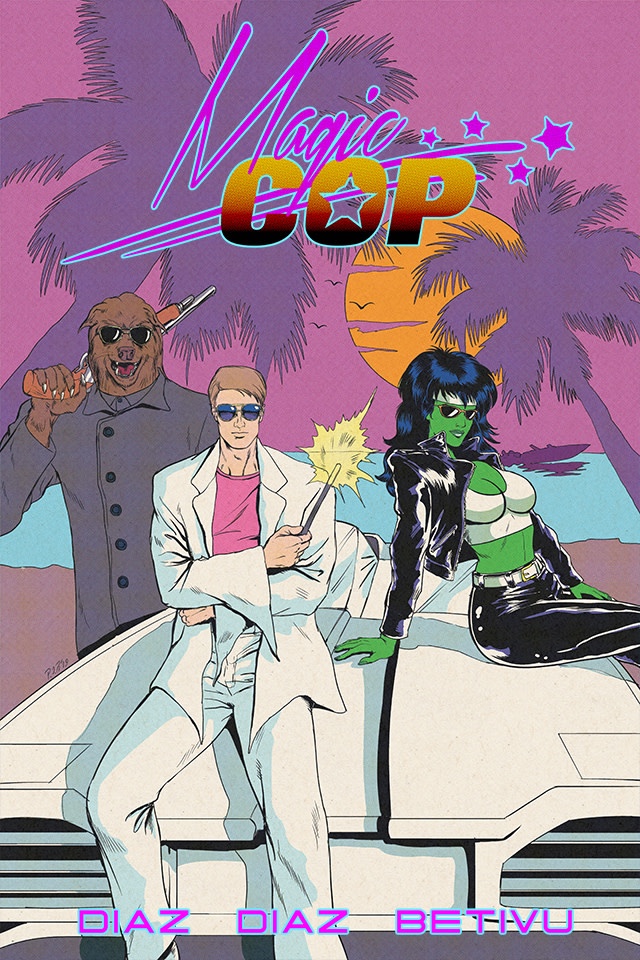 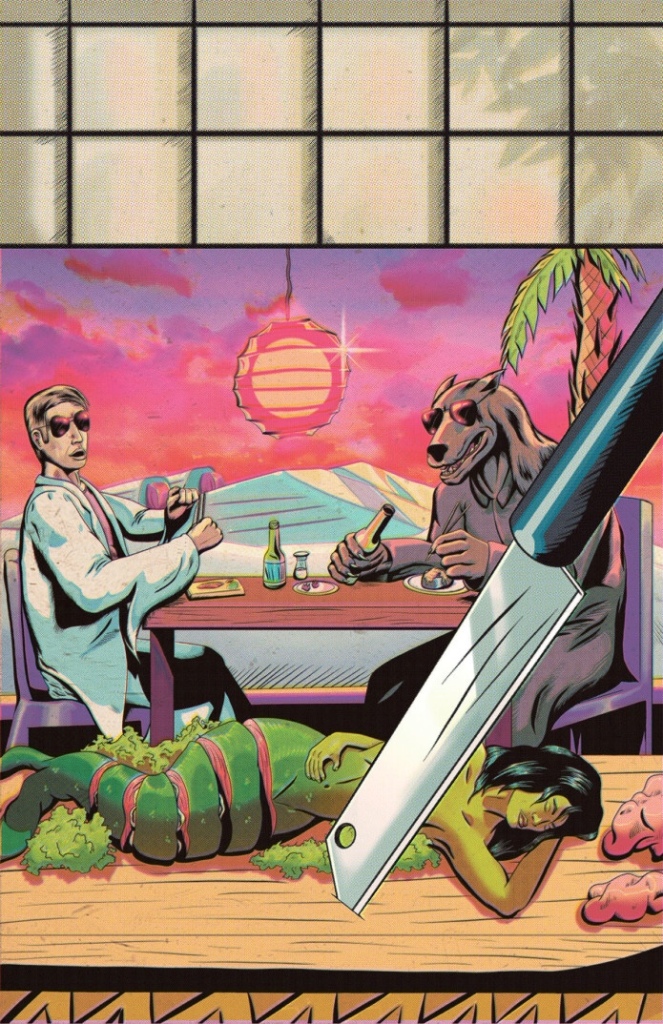 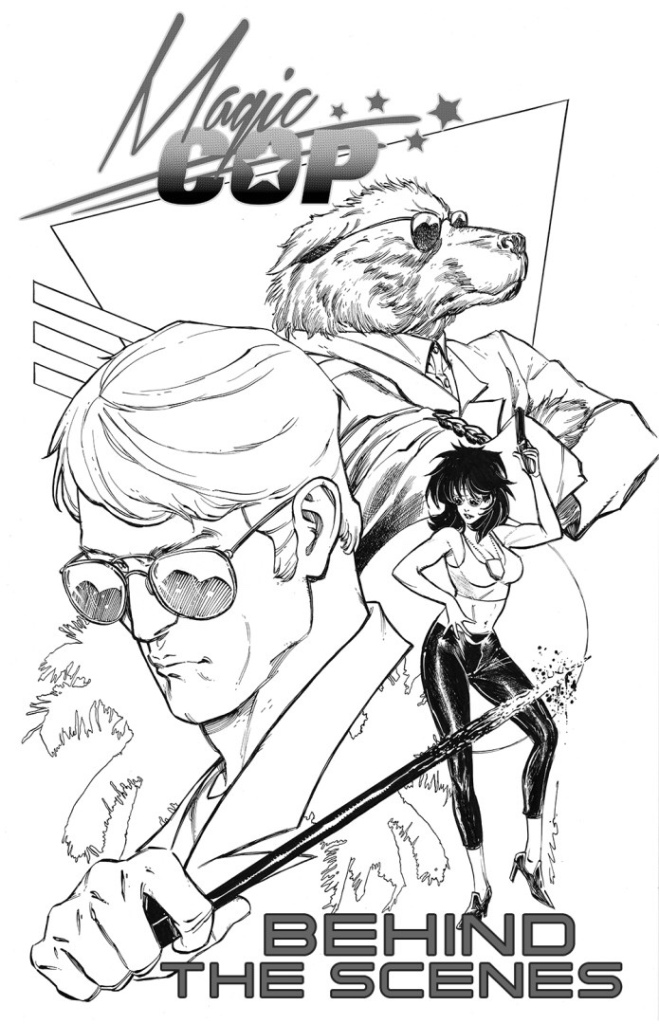