Posted on October 25, 2019 by Blake Worrell Leave a comment

Earlier this week, the crowdfunding campaign for the action/comedy graphic novel SOS Vol. 1 reached its funding goal. Written by “Chimera” (mysterious pen name) and featuring artwork by Ibai Canales (Iron Sights, The Abductables), SOS Vol 1 includes the first four issues (chapters?) of what Chimera promises will be a 16-issue story.

Here’s the pitch taken from the SOS Indiegogo campaign page:

SOS is a comedy/action series that chronicles the misadventures of three brothers who were former super soldiers for the US Government during WWII. SOS find themselves coming out of retirement after demons invade earth from their home dimension called the Abyss, led by their brutal Demon King.

Backers can get a digital version of SOS for $8, while physical copies start at $15. If you’re buried in cash and need to unload, there are also tiers which include additional copies of the book, a variant cover, and the opportunity to have your likeness drawn into the final product. You can also pick up a copy of the 22-page cyberpunk comic, Argonaut #1.

Interested? Have a look at some sample artwork below or visit the full SOS Vol. 1 Indiegogo campaign page here. 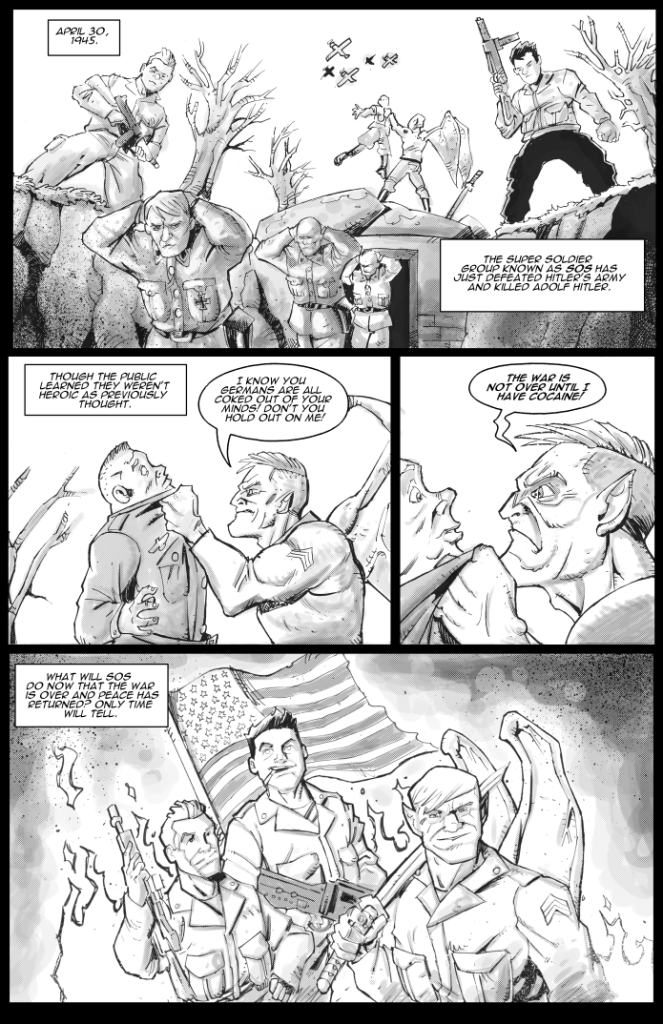 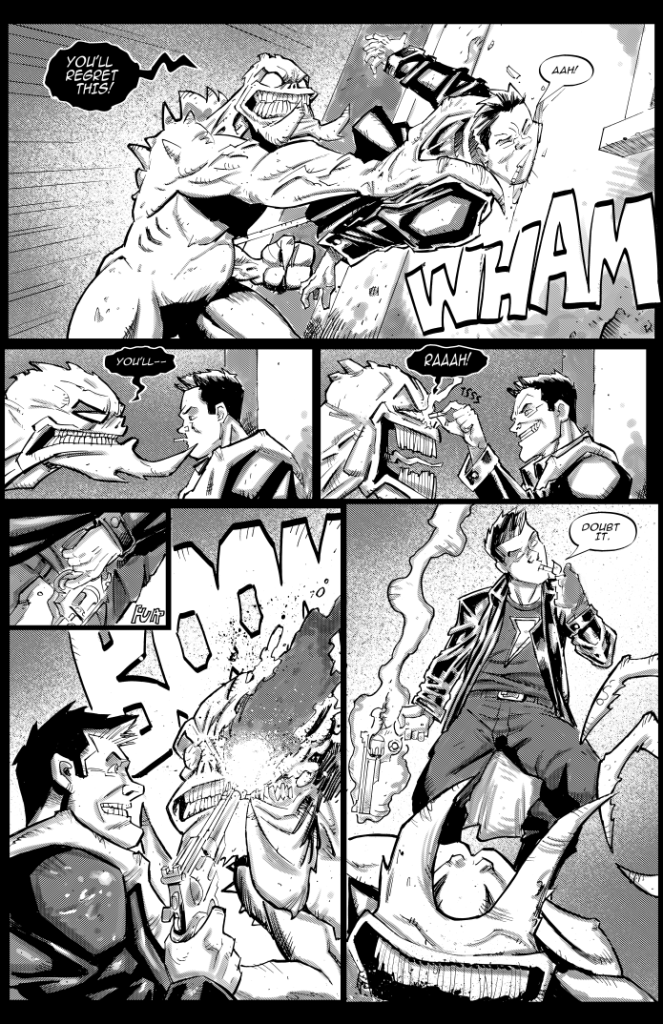