Comedy/horror comic “Tales from the Classroom” fully funded on Indiegogo

Posted on December 12, 2019 by Blake Worrell Leave a comment

On Wednesday, the crowdfunding campaign for Rob Muerto’s comedy/horror graphic novel Tales from the Classroom achieved its initial funding goal. The 41-page book is written by Muerto and features pencils by Sebastián Bronico, inks by Juan Castro, colors by Matias Laborde and lettering by Lucas Gattoni. The best part? The book is already done, so all the team needs now is to print and ship the books once the Indiegogo campaign closes.

Here’s the pitch taken from the Tales from the Classroom Indiegogo campaign page:

TALES FROM THE CLASSROOM is a fun-packed postmortem romp following everyone’s favorite teenage Zombie, Rob Muerto, as he struggles to adapt to his new school.

Back in Romero (his previous, all-Zombie high school) Rob used to be the coolest, most popular kid around. But when he transfers to K. Thulhu High — a multi-species school whose students include Vampires, Wolfmen and everything in between — he must come to terms with being at the bottom of the proverbial social heap.

Not only that, he has to contend with the ruthless bullying of Drake, a Nosferatu who also happens to be the most popular kid in K. Thulhu.

Backers can get a digital version of Tales from the Classroom for $8, while physical copies (including a set of pinup posters) start at $13.

Now that the project is fully funded, there are several stretch goals in sight which could yield even more rewards for backers, including a bookmark, poster, and an extra 2-page comic.

Interested? You can check out some sample artwork below or visit the full Tales from the Classroom Indiegogo campaign page here. 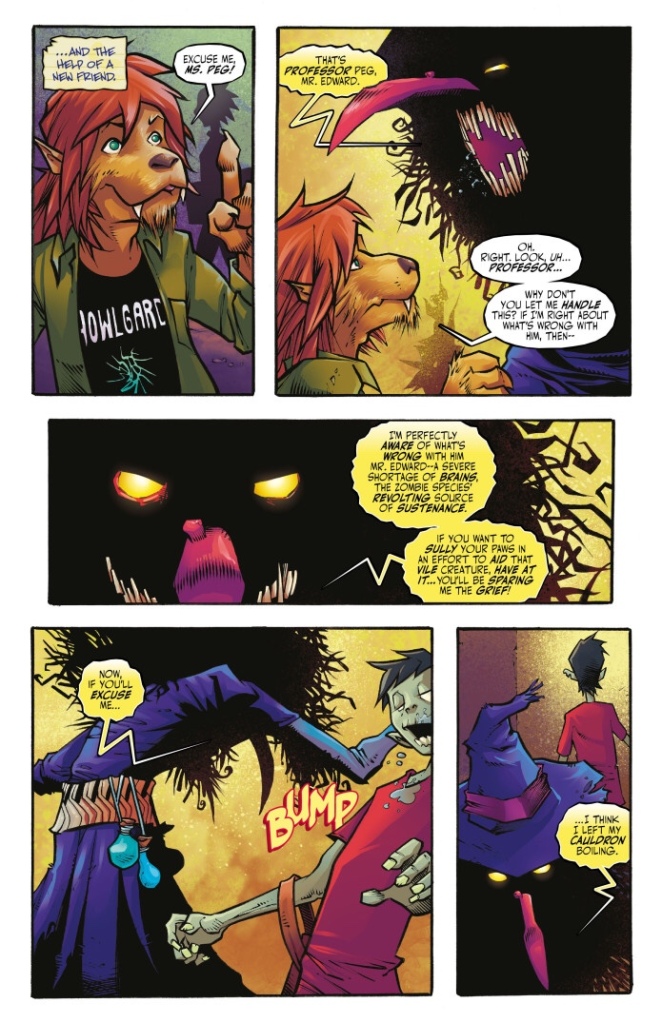