Posted on December 17, 2019 by Blake Worrell Leave a comment

Earlier this week, Alterna Comics revealed that Tyler Wentland’s fantasy comic The Swan King would be coming to a comic shop near you for the affordable price of a single dollar.

Successfully crowdfunded in 2018, The Swan King is described as “a 19-page dark fantasy fairytale in black and white.” The book is written and illustrated by Wentland (Red Koi) and features lettering by Wes Locher and a new cover colored by Nick Welch. It’s not clear whether this release will have any of the sketchbook pages originally included in the crowdfunded edition, but given the budget-friendly pricing, I wouldn’t bet on it. 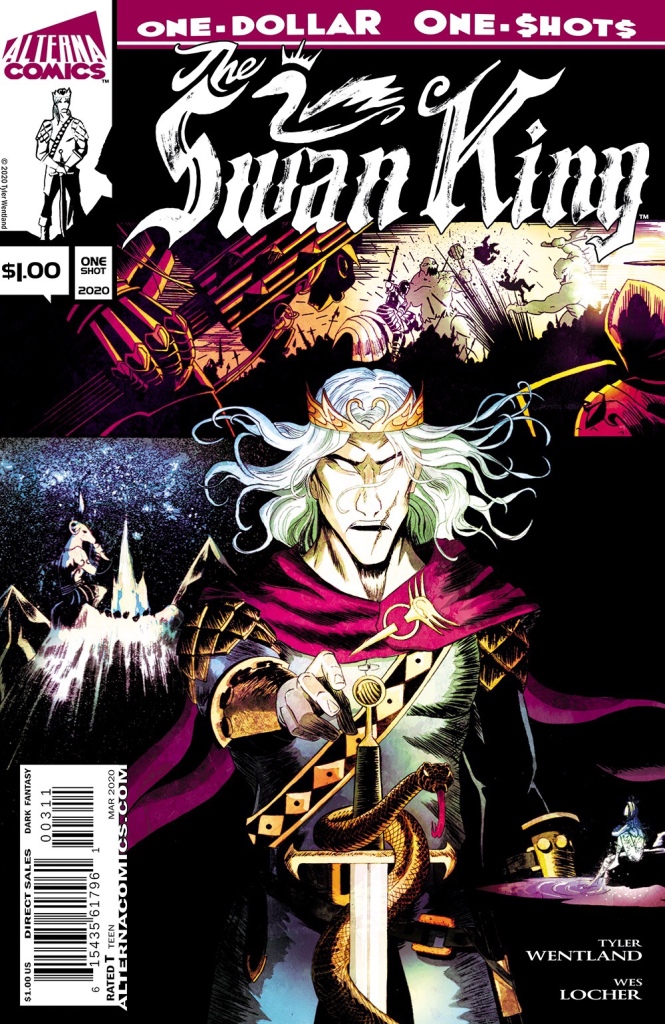