Posted on February 4, 2020 by Blake Worrell Leave a comment

On Tuesday, Bandai Namco announced that Code Vein has sold over 1 million copies worldwide. The vampire-themed action RPG was released for PS4, Xbox One and Steam PC last September.

If you’re a fan of Code Vein and want to join in on the celebration, Bandai Namco is ready with some DLC to sell you, starting with the first of three major content expansions titled Hellfire Knight, which released on 29 January. 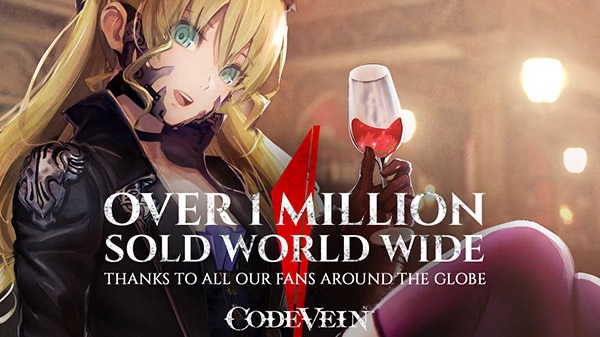 Congratulations to Bandai Namco on a successful release. Code Vein is currently available on PS4, Xbox One and Steam PC. (Yep, we said that already. Whaddaya want? It’s a short post)