Posted on February 26, 2020 by Blake Worrell Leave a comment

In a recent backer update, Deathsworn creator Karl O’Rowe announced that the inking work for Book One are now 100% complete, and coloring is expected to be completed in March. Once the main book is complete, O’Rowe intends to wrap up the art for the bonus ashcan comic, which he also expects to complete by the end of March.

More importantly, O’Rowe shared some new artwork featuring the book’s protagonist Mon-Grel and showing off the most recent coloring efforts.

The evolution of the coloring process

Unfamiliar with Deathsworn? Here’s the plot synopsis of the book taken from the Indiegogo in-demand page:

The Darkstars, An empire of sun stealing solar vampires are taking over the galaxy. Using the energy from suns for their own survival and to fuel their takeover they have enslaved and killed thousands of planetary systems.

One hardened warrior with a burning vengeance stands against them. But DEATHSWORN must learn to work with a rebel princess and a wild card pilot if he hopes to survive.

You can check out some of the newly released artwork below. If you missed out on the crowdfunding period, Deathsworn is still available in-demand here. 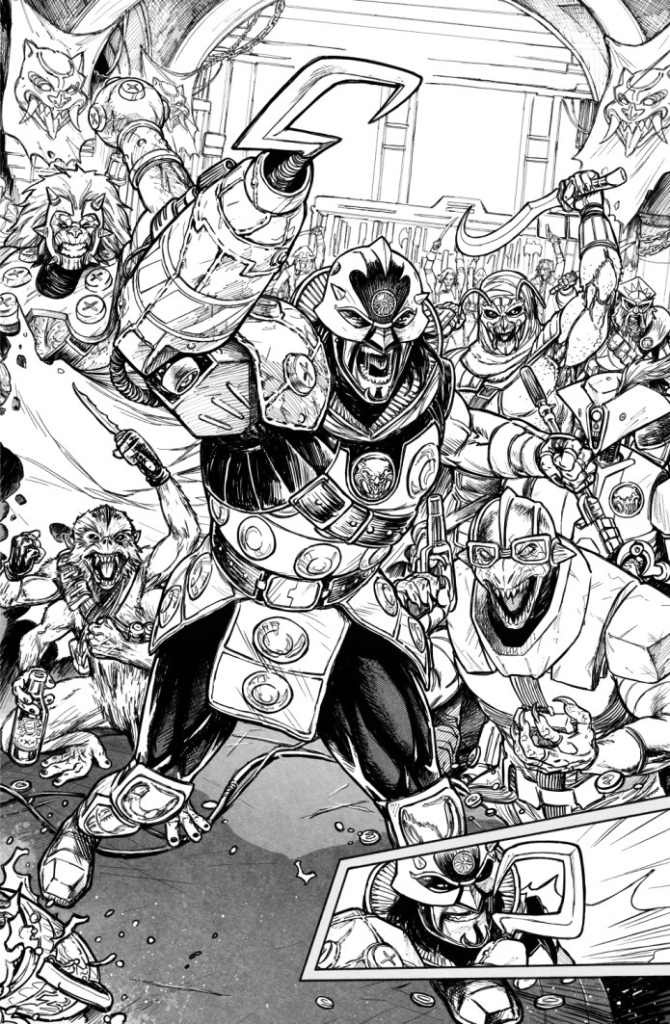