Posted on April 14, 2020 by Blake Worrell Leave a comment

Here’s the official pitch taken from the book’s pre-campaign page:

Black Flag returns in this action packed 90’s style by Dan Fraga (Story and Art), Will Perdomo (story), Shelby Robertson (inks), and Matt Yackey (colors). This comic is soaked in Mt. Dew and that milk we love!

The original Black Flag books were published by Image Comics and followed the adventures of Spot and Bubble, two kids whose dreams become reality when they imagine themselves as dimension-hopping superheroes: Sniper the special forces veteran, Geisha the buxom mercenary, and Guerrilla the gun-toting, super-genius simian.

While his comic book credits include Spider-Man, Witchblade and Bloodstrike, Fraga has a very full resume outside of comics, too. He has also worked as a storyboard artist, set designer, and director for multiple music videos and television series.

Those who back the campaign early will also receive digital versions of the original Black Flag series (issues 0-4), so while we all wait for 25 April to come around, you can sign up for email updates on the Black Flag: Pineapple Pereception page here. 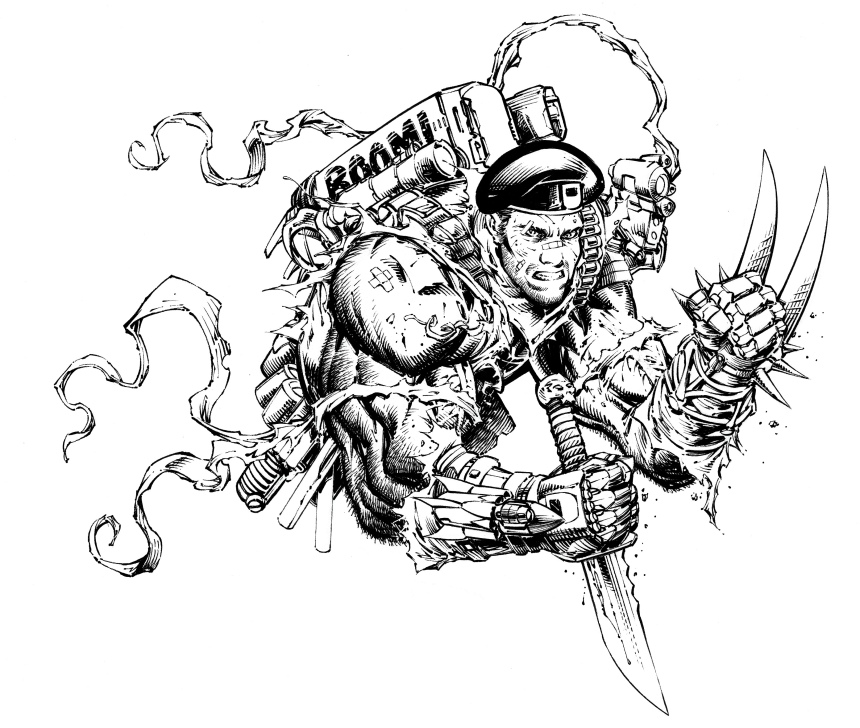