Johnny Phantasm Jumps to 1985 in a Halloween-Themed Sequel

Earlier this week, the creators of Johnny Phantasm 1977 set up a crowdfunding pre-launch page for a sequel: Johnny Phantasm: Halloween 1985.* Written by Evan Pozios and illustrated by Patrick Thomas Parnell, Halloween 1985 is a 32-page, supernatural comic book featuring a mash-up of ghouls & gangsters.

Phantasm has control over New Detroit in 1985. Neon signs light up the streets. MOST, but not all, gangs are under Johnny’s control. The city’s mayor was deep in Johnny’s pocket until he mysteriously disappeared. The new mayor is a beautiful she-devil who answers to only one being & its not Johnny!

In addition to the book, there are currently plans for bonus swag, too, including a poker chip (free if you sign up for email updates), sticker pack, trading card, and a neck gaiter.

You can check out some sample artwork below or sign up for email updates on the Johnny Phantasm: Halloween 1985 Indiegogo pre-launch page here. 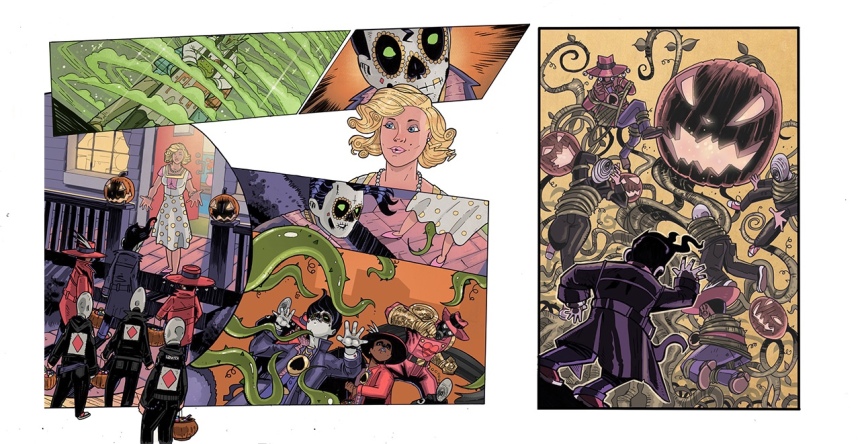 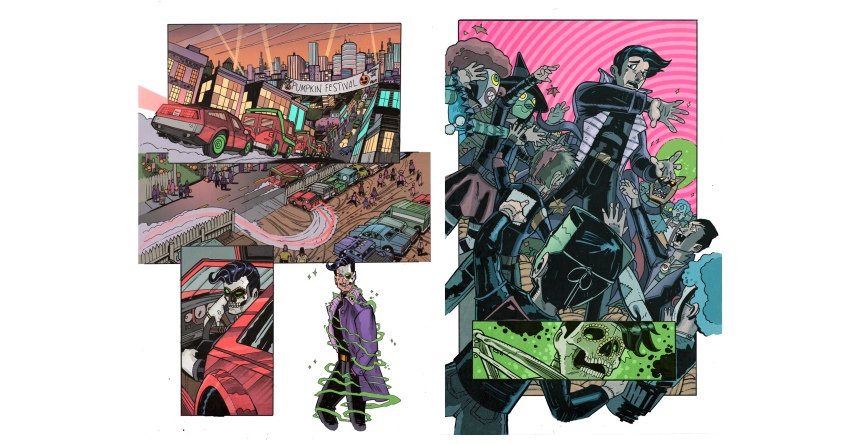 The Splintering’s Teespring store has items starting at just $10.99! If you like what we do & want to help keep our site 100% free of paid ads, go here!