On Sunday, Johnny Phantasm creators Patrick Thomas Parnell and Evan K. Pozios launched a crowdfunding campaign for Johnny Phantasm in the Tales of New Detroit.* Already crowdfunded and fulfilled as a graphic novel, this new campaign will fund a reprinted edition of the same story as three separate, 24-page issues printed on newsprint. So if you slept on the original Johnny Phantasm campaign, now you have another shot at buying in. And if you were a backer of the first campaign? The creative team is also adding an all new, 8-page backup story to the three issue set, so there is still incentive to consider double-dipping.

But what is Johnny Phantasm all about. Okay, Charlie Brown, I can tell you what it’s all about… (by snagging text from the book’s Indiegogo campaign page) 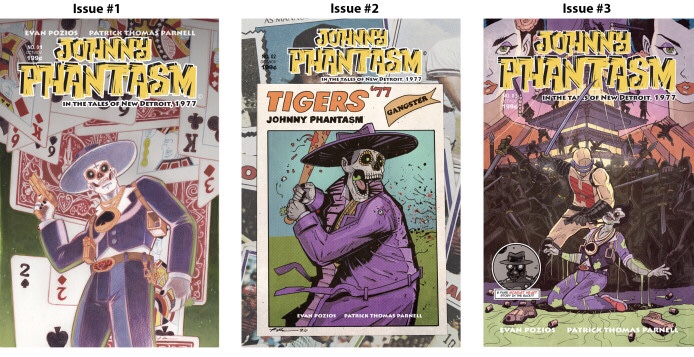 This limited series is the perfect collectible for established Johnny diehards, but also a terrific jumping off point for new fans of the New Detroit universe.

If you love ghosts, if your heart beats for gangsters, this fun and exciting series is for you!

This book is Beetlejuice meets Scarface. But also for fans of Batman, Joker, Daredevil and The Mask.

The books are completed and at the printers!

Backers can get physical copies of all three Johnny Phantasm comics for $15. If you’ve got some extra cash to throw around, you can also pick up extra copies of the book, original artwork, stickers, post cards, a lapel pin, and a set of cards.

We reported in January that Johnny Phantasm would be released by Caliber Comics, but it looks as though that plan has since been nixed, and this may very well be your last opportunity to grab the original Johnny Phantasm story before the creative team moves on to follow-up projects.

Interested? You can check out some sample artwork below or visit the full Johnny Phantasm in Tales of New Detroit, 1977 Indiegogo campaign page here. 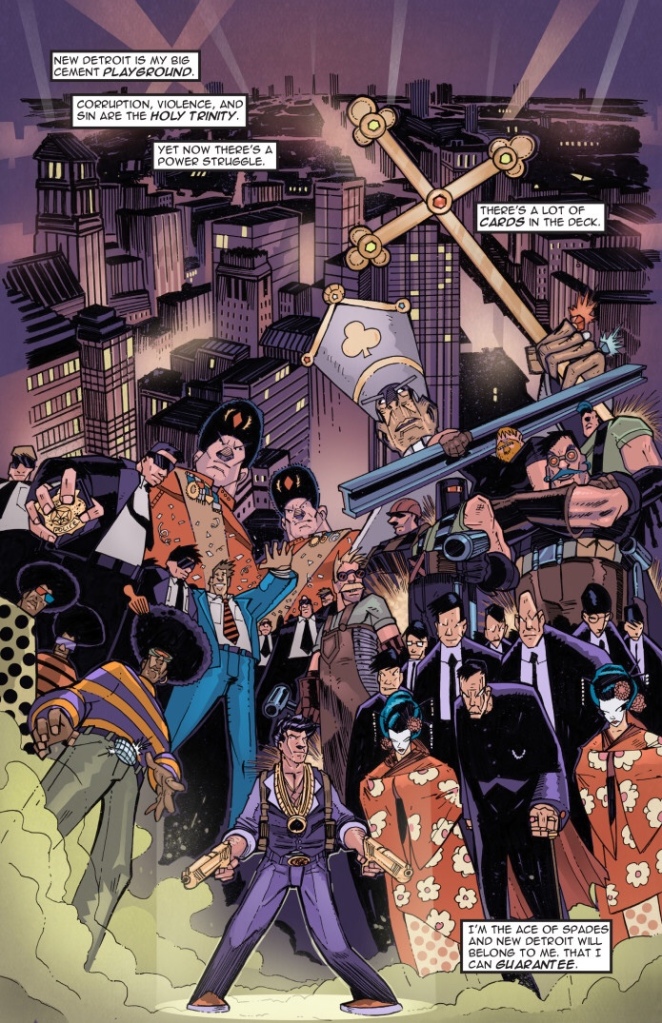 *Disclosure: the author of this post is a backer of the Johnny Phantasm in the Tales of New Detroit, 1977 campaign