Posted on August 7, 2020 by Blake Worrell Leave a comment

Independent publisher Fool’s Entertainment has launched a crowdfunding campaign for Omega Black, a 135-page, sci-fi manga book. Written by Chris L. Brown and featuring illustrations by Ed Jiménez and lettering by the ever-prolific Eric Weathers, Omega Black tells the story of the Royal Family of the planet Omega, and their connection to a mysterious power known as the Omega Stream.

The great kingdom of Planet Omega houses the Omega Stream, a mysterious energy force that grants immeasurable powers. This planet is ruled by the Orion family, led by the eldest Jafar and his younger siblings, all of whom possess a connection to the Omega Stream. We join this story during a pivotal time in Planet Omega’s history; the dawn of the next generation and the twilight of the previous one. Conflict stirs between siblings while a child enters the world, unaware of the burden of responsibility that has been thrust upon him.

Backers can get a copy of Omega Black for $15. If you have more money to spend, you can also pick up a poster, hoodie, and a sketchbook.

Interested? You can check out some sample artwork below or visit the full Omega Black Indiegogo campaign page here. 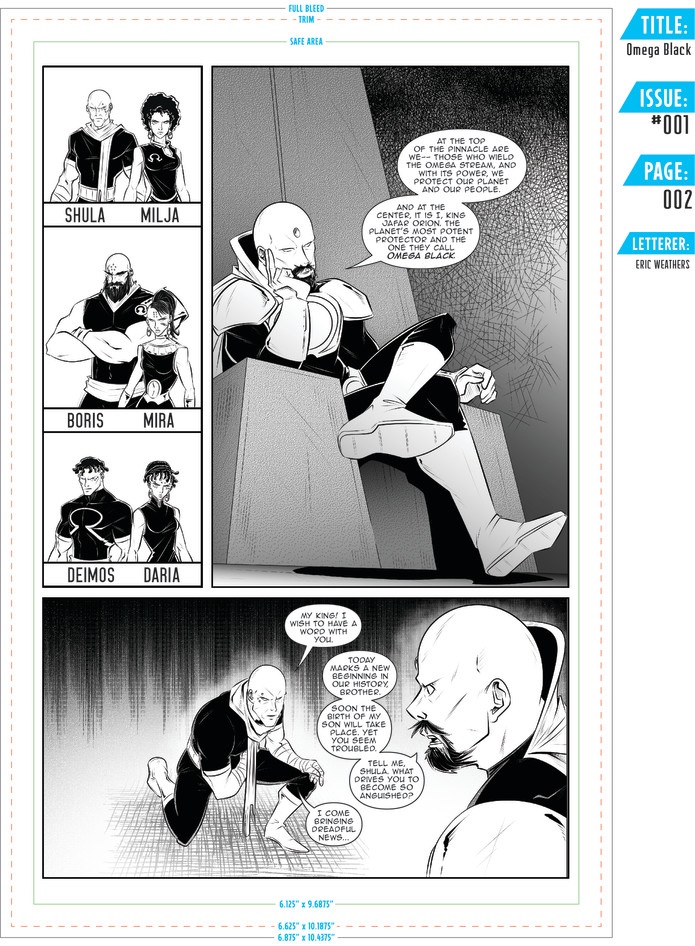