Posted on September 8, 2020 by Blake Worrell Leave a comment

D3 Publisher has announced Maglam Lord, a new “magic sword creation action RPG” developed by Felistella, who have previously worked on such series as Genkai Tokki and Hyperdimension Neptunia. The game is expected to launch this winter in Japan for both PS4 and Nintendo Switch.

Here’s the official breakdown of the game from the Maglam Lord website: 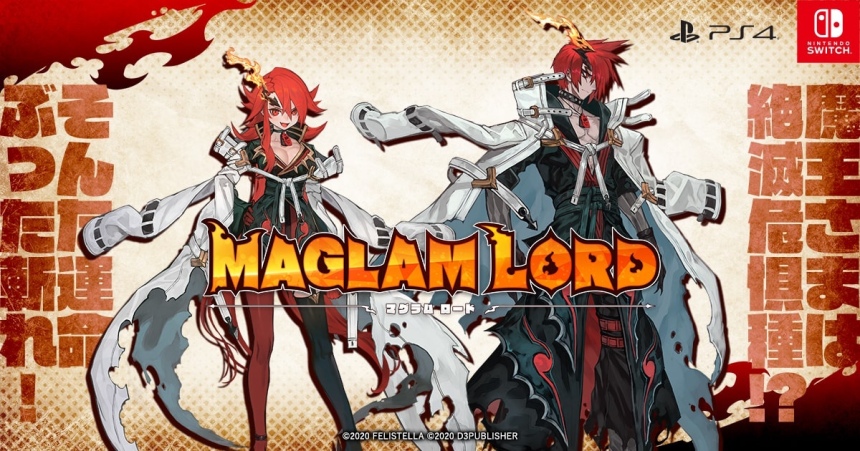 The protagonist made a name for himself as the deadliest demon lord. But after waking up from a long sleep, he had somehow been designated an “endangered species”!? In Maglam Lord, aim for a complete recovery of yourself, and craft magic swords and fight alongside companions. To avoid extinction of your kind, you can also even look for a marriage partner in heroes and companions…? This is an exhilarating and brand-new action RPG with a world and scenario by Kei Miyakozuki, character design and illustration by Lack, and crafted by a team of wonderful creators.