Publisher responds to We Happy Few being banned in Australia

Posted on May 24, 2018 by The Splintering Staff One comment

Note: while this post contains some factual information, it is largely for entertainment purposes.

G’day kids. It’s me. The really-real Randy Pitchford.* The Randster.

As the CEO and President of Gearbox Software, the publisher of We Happy Few, I wanted to address the Australian government’s decision to ban the sale of our game, so naturally I turned to the most reputable and respected gaming news outlet on the Internet, “The Splintering,” to do so. 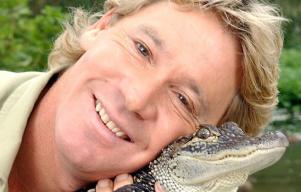 Some say he actually died of shame…

Like all of you, I was super-duper pissed to hear that the Australian government had banned the sale of We Happy Few for its depiction of drug use. It felt like a stingray barb went right through my heart.

Initially, I drafted an official response that read as follows:

“Comrade Stalin would be proud, you sanctimonious, censorious cunts!”

But you know what? After snorting some coke out of a Saudi prostitute’s ass hole, I found a bit more perspective and it doesn’t even bother me anymore. 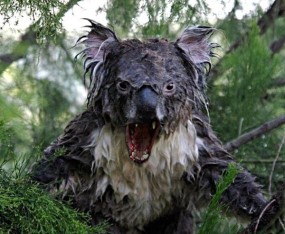 First of all, We Happy Few is in good company. Australians are used to having game after game after game censored or outright banned in their country, everything from Leisure Suit Larry to NFL Blitz: the League.

Also, when I considered the number of Australians who actually have both reliable electricity and the fine motor dexterity required to play video games, that’s what? Maybe nine total Australians who represent a possible lost sale? Beyond that, why would they want to play a game about a dystopian future when they’re already living in a dystopian present of their own making?

Not only that, but when the news reached other markets – you know, real markets with actual gamers who have actual money to spend – people got pissed! The Streisand effect went into full force and the result was a massive wave of We Happy Few pre-orders. We’re talking big, big bucks, bitches.

You might think that this extra cash would be invested into projects like Borderlands 3, but fuck that! Just as I thought that we were just about to finally burn through the remainder of SEGA’s Aliens: Colonial Marines development money, we here at Gearbox are awash in freedom-loving, outrage cash! That means more blow being snorted from the ass holes of even more Saudi prostitutes! 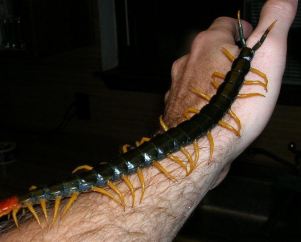 To all our friends in Australia, I feel you. You basically live on the ass hole of the planet, and when you live on the ass hole hole of the planet, you’re pretty much used to smelling your own farts all day. But don’t worry, you’re totally not the laughing stock of other gamers worldwide. You should be proud of how you protect your young people from heretical video games. Now Australian kids are free to do other things, like playing outside with Australia’s 66 species of venomous animals including the deadliest snake on the fucking planet! You stupid, stupid fucktards…

You know what? New plan: I’m going to hire both a Saudi prostitute and an Iranian prostitute at the same time, and when they show up to the Gearbox offices and see each other- holy shit! They’re gonna fucking go apeshit on each other! They’ll be screaming and clawing each other’s eyes out with cocaine pouring from their ass holes!

We Happy Few will release on PS4, Xbox One and PC later this year.

*Not really. Randy Pitchford has never actually contacted anyone at The Splintering for any reason.