On 8 March, I Played with Fire creator Michael Derrick plans to launch an all-new project on Indiegogo titled The Abductables, a 52-page sci-fi/comedy graphic novel written by Derrick and illustrated by Ibai Canales (Iron Sights).

Here’s a quick plot summary of The Abductables from Derrick.

“After waking up aboard an alien spaceship, a musclebound amnesiac must battle his way through hordes of raygun-wielding Greys, mutated monstrosities, and science experiments gone horribly wrong!“

According to Derrick, the artwork for The Abductables project is already complete, so the turnaround time between funding and fulfillment should be fairly quick.

Intrigued? Set your reminders for noon (Central Time) on 8 March when The Abductables launches on Indiegogo. Until then, check out some sample artwork below. The violence levels look awesome. 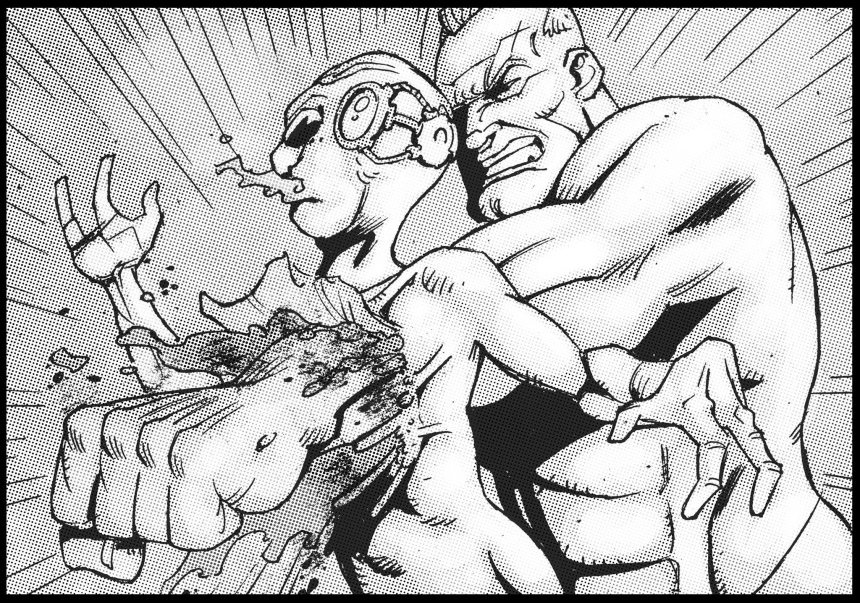