Over the weekend, Michael Derrick launched a crowdfunding campaign for The Abductables via Indiegogo. The Abductables is a 52-page one-shot comic book written by Derrick and featuring artwork by Ibai Canales (Iron Sights).

Here’s a rundown of project from Derrick.

“As a child of the ’90s raised on UFO conspiracy books and one-too-many episodes of The X-Files, the question I ended up raising in my late-twenties was perhaps inevitable: what would happen if the victims of alien abduction actually fought back against their extraterrestrial captors?

“Couple that with visions of a roid-rage Arnold Schwarzenegger-clone beating the crap out of a bunch of pot-bellied, bobble-headed Greys and, well, the rest is history.

“The Abductables is that original idea finally brought to fruition–as both a tribute to my alien-obsessed youth and as a mission statement on how I want comics to be: funny, violent, dramatic, bombastic–with maybe a tear-jerking moment or two thrown in for good measure.

“Of course, bringing my ridiculous notions of intergalactic mayhem to life would be impossible without a draftsman who shares my irreverent sensibilities.

“Enter: Ibai Canales (insert probe joke here)–an amazing artist who not only appreciates my sick sense of humor, but also produces the kind of expressionistic cartooning this project needs to land the jokes and sell the fights. And as you can see with these preview pages–Mr. Canales does so in spades!

“By funding this project, you’ll help bring the outlandish vision of two independent comic creators to life in physical form–and provide yourself with quality entertainment in the process!”

Backers can get a digital version of The Abductables for $8, while physical copies start at $15. Extra perks are a bit limited, but you can buy into tiers for extra copies the book or have your likeness drawn into the final product.

You can check out some sample artwork below or visit The Abductables’ Indiegogo page here. 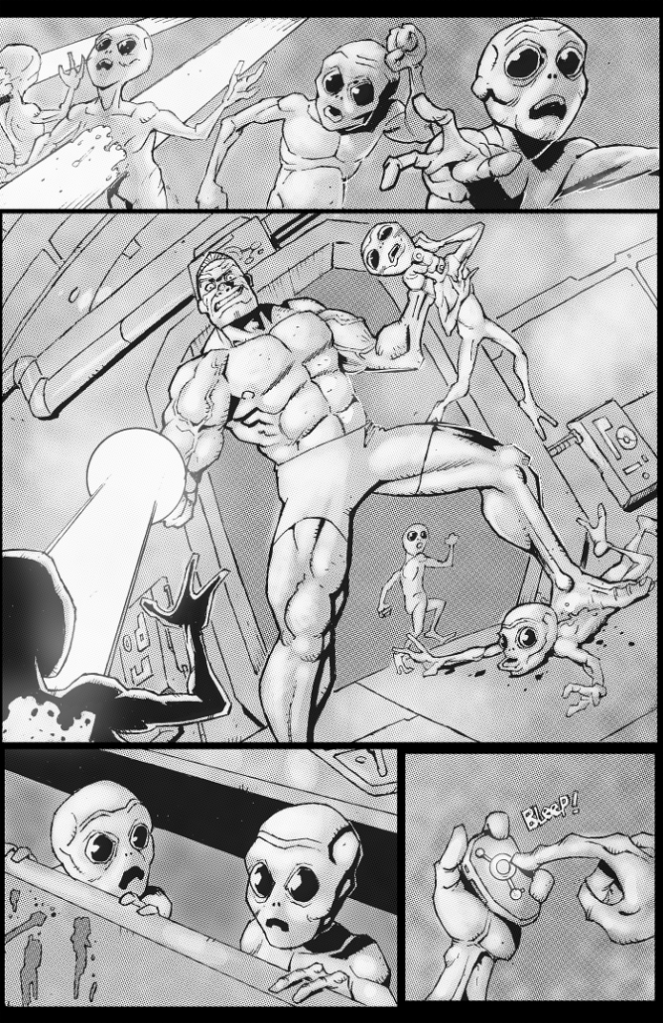