Posted on March 12, 2019 by Blake Worrell Leave a comment

Splatto Comics founder and Jawbreakers creator Richard C. Meyer (aka Ya’ boi, Zack) recently announced that work on the Devil Dog one-shot is close to completion, with the artwork being nearly finished and the lettering possibly completed within a week. Devil Dog is a 22-page origin story for the titular Jawbreakers team member written by Chuck Dixon, though Meyer is keeping the names of both the artist and colorist close to his chest.

Here’s what we’ve been able to scrape together of Devil Dog’s origin as we know it so far:* 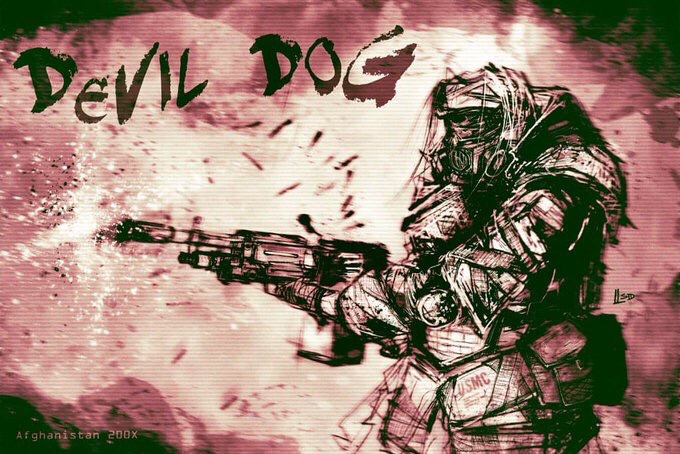 “When serving in Afghanistan, the Marine who would become Devil Dog was shot down along with his transport helicopter crew. Injured and outnumbered in enemy territory, Devil Dog crafted makeshift armor out of the wreckage and managed to hold off the Taliban who were surrounding the crash site. Devil Dog survived, but refused to rejoin his unit. Instead, he goes awol to wage a brutal, one-man battle against Taliban elements in his area, seeking vengeance for his fallen compatriots.

“Devil Dog is eventually captured by his fellow Marines and tried for war crimes, but rather than keep him in prison, the U.S. government gives Devil Dog a new set of armor and equipment to serve as a secret operative. He insisted on working alone until he ultimately joined the Jawbreakers, with whom he found a common purpose.”

Like Splatto‘s other projects, Devil Dog will almost certainly be financed via crowdfunding, though Meyer has indicated that he does not intend to offer it as a stand-alone book. It will likely be a backup story in another Jawbreakers: G0d K1ng book (Meyer appears to have abandoned the idea of including Devil Dog as a backup story in a 10th anniversary edition of No Enemy but Peace).

You can watch Meyer’s comments on Devil Dog in the below video taken from his Comics Matter YouTube channel.

**Note: The author of this post was a contributor to the Jawbreakers: Lost Souls crowdfunding project.