Anthology Comic “Tales from the Natverse” (Finally) on Indiegogo

WELCOME TO TALES FROM THE NATVERSE.

This 64+ page Anthology series collects short stories introducing NAT and other characters within the NATVERSE and are all connected to the main series NAT THE MERC.

The first volume reprints the 2 Nat short stories plus the first ROZE: Space Pirate story, with 2 new unpublished stories. The stories were all written to build characters & the universe before the actual series, like a prequel that comes out in small installments before the main, hence the title PRELUDE.

The old stories are staying like they were but uncensored, uncut and getting re-lettered & touched up dialogues. (The lettering in the video is the old)

Plus a Preview of LOANI for TALES FROM THE NATVERSE #2 and extra content.

TALES FROM THE NATVERSE is meant to be a companion to the NAT the MERC series. More issues will come.

Backers can get a signed copy of Tales from the Natverse for $25. If you have more money to spend, you can also pick up additional copies of the book, a “sexy” poster print, original artwork, and even a bundle with Pothier’s BLOODHUNT book included.

Interested? You can check out some sample artwork below or visit the full Tales from the Natverse Indiegogo campaign page here. 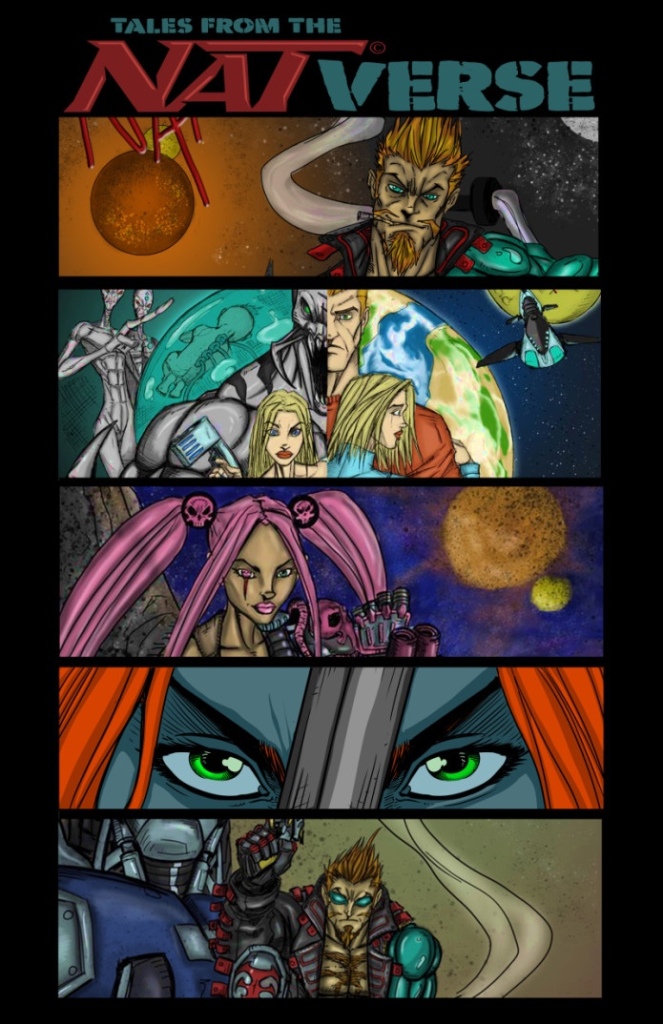 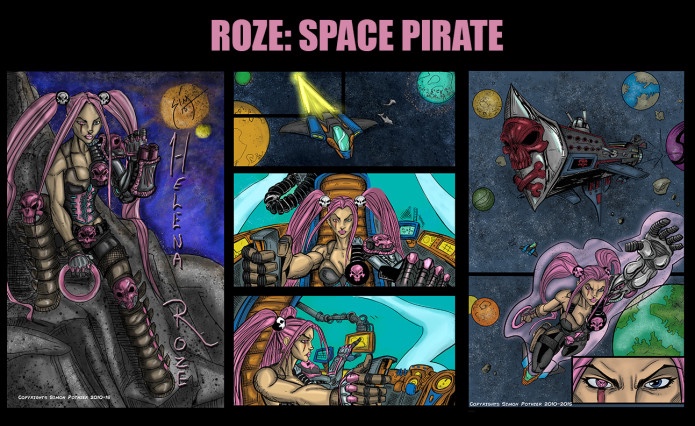