Shares of Nintendo (NTDOY) have dropped 16% so far in June. Much of this drop came shortly after Nintendo’s showing at E3 2018, in which the big N chose to focus most of its attention on Super Smash Bros. Ultimate. It appears that some gamers were not the only ones unimpressed by Nintendo’s E3 presentation, but investors look to be echoing this negative sentiment.

Nintendo’s stock has witnessed quite a rise in recent years, nearly doubling since 2015. The stock received a regular series of jumps following the release of Pokémon Go, the success of the Nintendo Switch, and the announcement of Pokémon: Let’s Go Pikachu! The stock was probably due for a slight downward correction, and this E3 presentation was perhaps merely a catalyst for that correction. 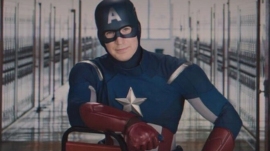 “So you thought you were going to see Metroid Prime 4…”

Still, many fans were disappointed that they didn’t see more from the latest Nintendo Direct. Already revealed games like Bayonetta 3, Yoshi, and especially Metroid Prime 4 were no-shows during the presentation, and what the living hell is Retro Studios working on? Sure, Smash Bros. did look good, and it’s great to see every single character return (Ice Climbers!). Nintendo highlighted a few other solid titles too, including Hollow Knight and Daemon x Machina, but those apparently weren’t enough to impress the masses.

To be fair, not everyone was dissatisfied with Nintendo’s showing at E3 2018. Some fans were overjoyed to see the full Super Smash Bros. reveal, and Nintendo of America president, Reggie Fils-Aime has already responded to the sudden drop in his company’s stock:

“Why the analysts reacted the way they did, who knows? But we know from a company perspective there’s a lot more up our sleeve and a lot more we have to show in the weeks and months ahead… when we approach an event like E3, we show content that will launch over the next six to nine months and no more… Don’t worry, we’re driving the business forward, we’re driving engagement on the platform, and that’s what’s most important”.

Is one poor showing at E3 really a reason to worry about the future of the Nintendo Switch? Probably not. At least it was better than their 2008 show. Maybe Nintendo should consider skipping years ending in ‘8’?

Free endorsement – Not a paid advertisement