Posted on October 11, 2018 by Blake Worrell Leave a comment

On Wednesday, comic book artist Donal DeLay teased his next crowdfunding project. Titled Nightstalker, this new comic is a 24-page superhero story written by Antonio Malpica (aka Cridious). You can check out the teaser image below. 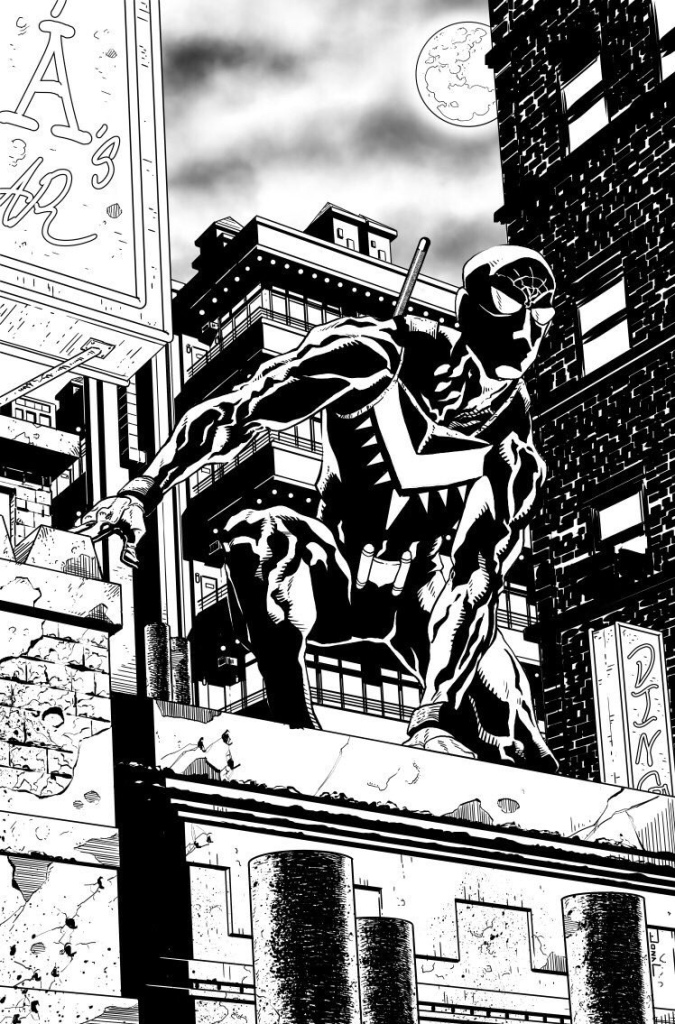 Malpica followed DeLay’s lead by dropping a few story details via social media. According to Malpica, “Think Red Hood, Nightwing, Kick-ass‘ “Big Daddy,” with a mix of Streets of Rage with a Superhero element.” He went on to lay out a brief plot synopsis:

“When a Special Forces soldier from the Army Night Stalkers 160th Regiment witnesses the murder of his young teenage friend at the brutal hands of an infamous crime organization, Canaan Brice* must decide if he will become the infamous vigilante who will be known as Nighstalker.”

Similar to previous projects by both DeLay and Malpica, Nightstalker is set to be funded via Indiegogo, though not before DeLay finishes his commitments on Brutas the Badass. DeLay noted that after every page of Brutas the Badass he completes, he knocks out a single panel of Nightstalker. Sounds like a good system, right?

Interested? Speaking from a personal standpoint, I was pretty much sold at Streets of Rage. All I need to see now is a Blaze Fielding foil in a superhero getup, and I’m all-in on day one.