On Friday, the crowdfunding campaign for Doug TenNapel’s Bigfoot Bill came to an end, collecting nearly 700% of its original funding goal for a total of over $100K. Thanks to hitting so many of its stretch goals, Bigfoot Bill is now a 64-page, hardbound graphic novel written and illustrated by Doug TenNapel, while coloring duties will be covered by Dirk Erik Schultz.

The story follows a Sasquatch (Bill) who steals the finger of Poseidon to gain control of the Kraken and save the world. Bill is joined by other mythological creatures including the Chupacabra, “Judgy” the unicorn, and John Locke Ness, whose dialogue is peppered with quotes by political philosopher, John Locke.

Doug TenNapel has quite a resume in creative spaces. Not only is he the creator of Earthworm Jim, but he also created multiple television series for Nickelodeon and 16 other graphic novels, including several successful crowdfunding projects. TenNapel looks to be creating Bigfoot Bill in part to establish a character over which he has complete creative control (many of his previous creations are owned and controlled by other studios). TenNapel also noted that he is creating Bigfoot Bill for readers of all ages, and that he wants to focus on humor that is more “funny” than “gross.”

Thanks to the resounding support for the project, a number of the Bigfoot Bill campaign stretch goals were unlocked, including extra pages, upgraded paper stock, a bookmark by outspoken comic industry commentator Nerkish, trading cards, a “low-carb” bomber patch, and even demo access to an upcoming Bigfoot Bill video game. 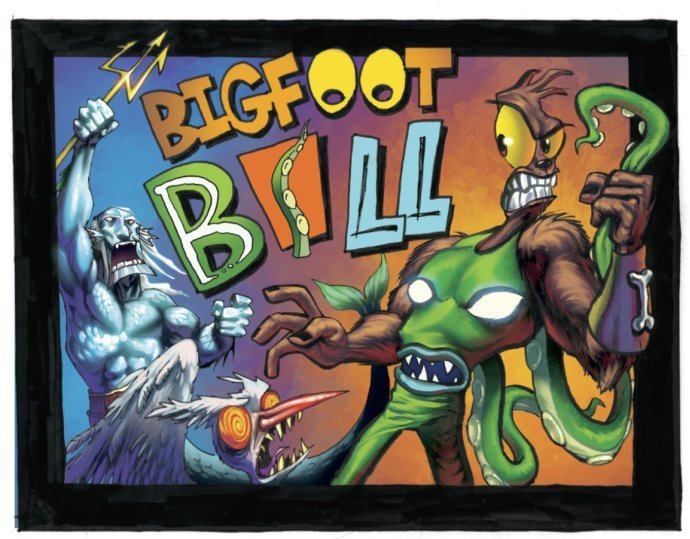