On Sunday, renowned comic book artist and YouTube talk show host Ethan Van Sciver revealed the final logo design for his upcoming ALL CAPS Comics. ALL CAPS Comics will be the brand under which Van Sciver will publish his upcoming Reignbow Brute and Cyberfrog graphic novels, and the logo is adapted from the avatar on his YouTube channel, Comic Artist Pro Secrets.

Despite a litany of protests (almost exclusively from me) that ALL CAPS is a poor choice as it is also a slogan for the Washington Capitals hockey team, Van Sciver thought differently. Considering he’s the guy who just made half a million dollars on a single Cyberfrog Indiegogo campaign and I’m the guy writing comic & gaming posts from my phone in between creating Golden Axe and Killer Instinct characters in Soulcalibur VI, maybe Ethan knows best on this one.

One has to wonder though, why did Van Sciver choose a logo that explicitly celebrates the denial of Christ? Perhaps he’s hoping to start an anti-Christian hate campaign? (Nah. I really just wanted to be the first one to say that.)

Best of luck to Ethan Van Sciver and all those who join him in this new, ALL CAPS venture. 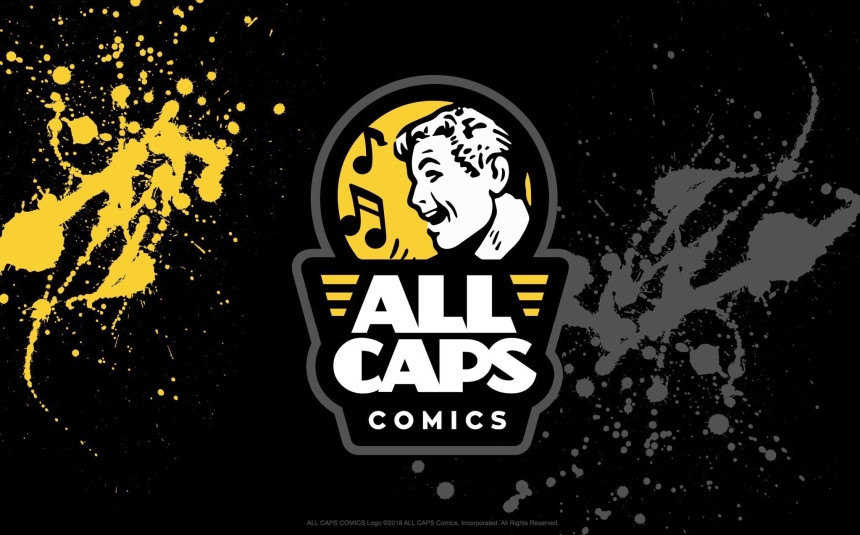