On Wednesday, the crowdfunding campaign for the variant edition of Cyberfrog: Blood Honey ended as yet another success, raising over 1600% of its original goal for a total of over $80 thousand. When added to the funds raised for the original Indiegogo campaign, and that’s a total of over $622 thousand.

Why a second campaign? The major change this time around is the new version has variant cover art featuring Cyberfrog’s brother, Salamandroid. However, Cyberfrog creator Ethan Van Sciver noted that his motivation for launching another campaign came from a large number of people who missed the original campaign and have been asking for another chance to get in on the Cyberfrog action.

However, Van Sciver also used the new campaign to discourage the public beratement he received since the end of his initial Cyberfrog campaign, including from comic professionals creators employed by the major comic book publishers (one of whom who sent an unsolicited close-up photo of his “back hole” over social media). Observing that this behavior seemed to ramp up when he didn’t have something to sell, Van Sciver chose to “monetize the outrage” and please a few customers in the process.

Recently, lagging sales at comic shops and concerns of political/ideological encroachment into the professional practices of the comics industry has led several creators to turn to crowdfunding, some of whom have been met with a great deal of push-back from the mainstream comics industry. Among these, Cyberfrog has been the most successful, followed by other projects such as Mitch and Elizabeth Breitweiser’s Red Rooster: Golden Age, and Team Splatto’s Jawbreakers: Lost Souls.

Writer/artist Van Sciver doesn’t intend to keep the Cyberfrog Indiegogo page open as an on-demand store, but it’s still taking orders at the time of this writing, so there’s hope for you to still jump in with a pledge if you act quickly. Otherwise, Van Sciver has hinted that Blood Honey will eventually make it onto store shelves, one way or another.

You can check out the Cyberfrog: Bloody Honey Indiegogo page here. 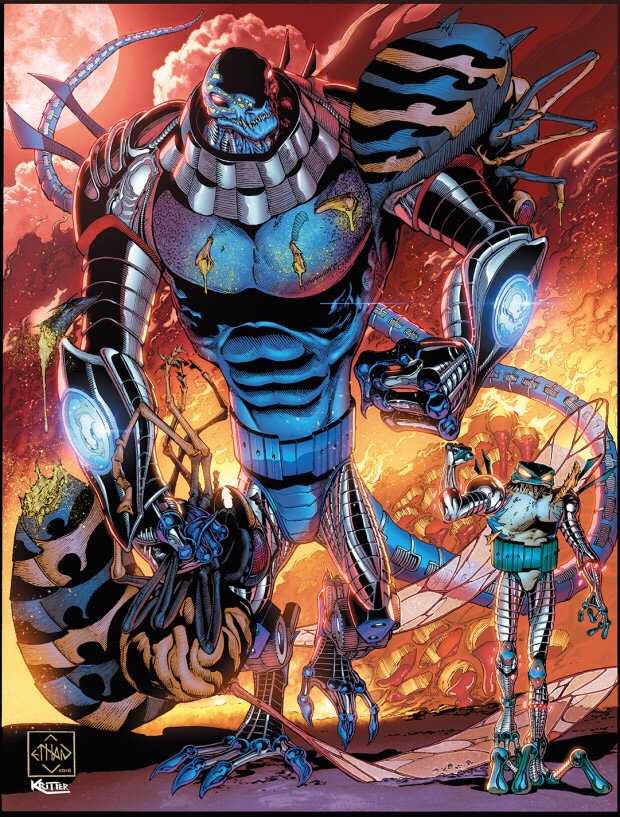