Ethan Van Sciver’s “Cyberfrog” is back on Indiegogo, fully funded in 20 minutes

Ethan Van Sciver must really be feeling the pain of those New Jersey state taxes, because the wildly successful graphic novel Cyberfrog: Blood Honey is back on Indiegogo. Or, as Van Sciver tells it, Blood Honey is now nearly finished, and he wanted to give everyone one last chance to purchase a copy of the book before it goes to print in April.

Here’s how Van Sciver puts it:

“Hey everyone! As we approach completion of CYBERFROG: BLOODHONEY, an epic campaign we began last summer, it’s become clear that many people missed out because they JUST WEREN’T AWARE OF IT! And frankly, I’ve kept these campaigns short (The initial one was two months, and then I reopened for just one week!) so I understand why!

“Here’s one last chance, with a third cover, to be a part of the most talked about comic book of the year!

“Join CYBERFROG and SALAMANDROID as they fight the SWARM!”

This is the third time that Cyberfrog: Blood Honey has been available on Indiegogo. The first campaign broke records, while the second was a very limited campaign for a Salamandroid variant cover. This latest version features a third cover the Van Sciver calls the “team-up” variant. Like the two campaigns before it, this third Indiegogo campaign became an instant success, achieving its full funding goal in less than 20 minutes.

There are just four backing tiers this time around. The 88-page book alone starts at $25 which also comes with a bookmark, two trading cards and a window cling sticker. If you spend $50, you’ll also receive two “ashcan” stories, titled Cyberfrog 1998 and Cyberfrog: Amphibionix. There are also tiers which include original artwork and multiple copies of the book.

Interested? Hop to it! The Cyberfrog: Blood Honey Indiegogo campaign can be found here. 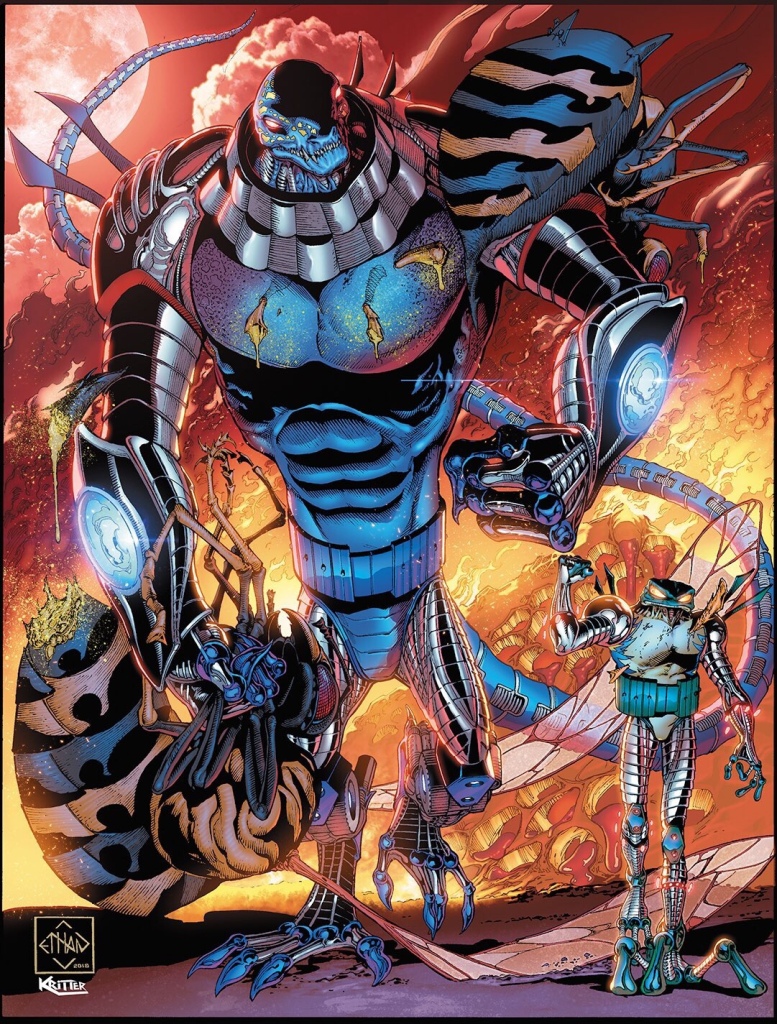